My dad occasionally wanders into my room with that look on his face communicating the depth to which the books he borrowed from the library have disappointed him, proceeds to the shelf where my to-read books live until I devour them, and borrows a book before I read it. That happened with The Night Circus. Afterwards he commented that it reminds him of World of Wonders. I can see why. Both books are set, at least partly, in a circus/carnival even stranger than most. Both are about the convoluted relationships of several central characters. But The Night Circus is much more overtly fantastical, centred as it is around a magical duel of surprising subtlety.

Celia and Marco are proxies, pawns in a challenge conducted between two magicians of incredible longevity and power. This is the latest—and apparently the last—such challenge, which ends only when one of the two players’ proxies dies. But it’s no ordinarily duel, magic or otherwise. Celia and Marco are not supposed to interfere with each other; instead, they compete in displays of their magical prowess, attempting to show the other’s methods and abilities are far superior. For the challenge’s venue, Prospero and his counterpart, the mysterious Alexander, arrange the creation of a circus like the world has never seen. This is the eponymous nightime circus, moving from town to town with no schedule, no warning. Within this circus, Celia and Marco compete to prove themselves the better magician.

And what a circus! The book straddles the transition into the 20th century. Set amid the decline of Victorian England and the rise of the United States of America, it has that particular atmosphere of sepia-toned photographs, gas lighting, and quaintly dressed couples in the autumn air. The circus is similarly romantic, a combination of impossibly efficient and magnificently mysterious. Some of the tents have performers: acrobats, fortune tellers, even an illusionist. Others are far less conventional, including labyrinths of ice and wish-granting trees. It truly is a world of wonders.

The circus is the brainchild of one M. Lefevre, but its success and vitality is due to Celia and Marco. Gradually, the circus changes from setting to material for their duel. Marco lights an eternal bonfire that allows him to watch and manipulate the circus from afar, for he is usually in London while the circus is on the road. Celia is the one responsible for the train that transports the circus to each new destination, not to mention whatever magic enables its setup and takedown. In between these more quotidian tasks, they find time to design new tents and attractions. At first they work separately, designing and implementing their own creations. But once Celia and Marco discover each other’s identity as their opponent, they begin to collaborate—and their sponsors are none too happy with such fraternization.

That this is a love story should come as no surprise. It’s advertised as such in the dust jack cover copy, and even if it weren’t, then every rule of storytelling would still demand it! Celia and Marco’s romance is not sappy, but it isn’t particularly well-realized either. For one thing, there’s Isobel. Marco meets her long before he meets Celia—long before he properly begins the challenge, even, though he has been training almost his entire life. Isobel reads tarot, and they develop a comfortable but not necessarily passionate relationship. Indeed, Isobel clearly wants (or needs) Marco more than he does her, to the point that she volunteers to join the Night Circus so as to spy on Celia for him. Later, when all is said and done and it’s clear that Marco has chosen Celia, Isobel’s reaction proves to be a major turning point, sending ripples throughout the circus. Yet Isobel bears no malice toward Celia, and while this is refreshing, I kind of wish she had gotten mad, at least at someone.

I guess what I’m trying to say is that there never seems to be a serious obstacle between Celia and Marco being together. There’s a notable one during the climax, of course, but even the solution to that was rather predictable. Theirs is a storybook romance without the troubles that should accompany any two literary characters’ attempts to make it work: where are the disagreements, the arguments, the fights? Where are the misinterpreted phrases, misconstrued glances, and awkward moments? It’s not sappy and not overdone, but Celia and Marco’s relationship is still just a little too smooth.

This glossiness translates to other areas of The Night Circus, including the magic that Celia and Marco perform. Its products are amazing but the magic itself is not as flashy: Celia can alter her gown colour at will! Marco can write stuff in his notebook! Actually, I’m going to disagree with some reviewers who express their disappointment that the duel is not so much a duel as a talent show. I loved this aspect of The Night Circus. I like that Morgenstern took it upon herself not to make this some kind of conflict related to force, or even to wits. Rather, it is a conflict of stamina. Celia can feel herself slipping as the strain of managing the circus begins to become too much. Marco has been keeping the circus performers from aging, not to mention carefully managing the mind of his employer, M. Lefevre. The magic takes its toll on both of them—but they can’t give it up, for they have been bound to this challenge by the magic of those who would see them dance until one of them drops.

I wish we had learned more about the pasts of Prospero and Alexander. It’s implied that they are extremely old, on the order of centuries at least, but that each of them is beginning to reach his limits: Prospero traps himself in a ghost-like state after attempting to achieve true immortality; Alexander remains corporeal but is feeling the weight of his age more than ever. This is to be their final challenge, one more game for old times’ sake. The point of the challenge, if it has one at all, seems to be to gauge which theory of magic is better—Celia’s almost psychokinetic manipulation of the world around her, or Marco’s textual, wordbased sorcery. Yet with so little background on these characters, we are left without a mythology for The Night Circus.

Finally, I just have to add how much I enjoyed Bailey’s story. His subplot progresses asynchronously with Celia and Marco’s challenge, but he becomes an integral part of The Night Circus and its resolution. I found Bailey a much easier character to identify with than Celia, Marco, or any of the others associated with the circus. His conflicts in life were real and recognizable, with the lure of the circus a classic juxtaposition. Along with Herr Thiessen, Bailey is one of those supporting characters who make a novel a lot better than it might have been if the author had chosen only to focus on the main plot.

My review is somewhat more lukewarm than I thought it would be after finishing The Night Circus. I really enjoyed reading this book. Erin Morgenstern’s prose is poetic to the point of seductiveness. In my descriptions of this book to people I have tiptoed around the term magical realism, for it connotes an idea similar to what comes to mind when I consider The Night Circus. But the fantasy in this book is overt; I suppose I might call it magical surrealism for its use of illusion and the subtlety of its magical acts. Although the relationships between the characters are not the highest point of this book, I think it’s definitely worthy of the acclaim and hype it seems to be receiving so far. Instant classic? No. But something to consider if you too are disappointed with your choice of library books. 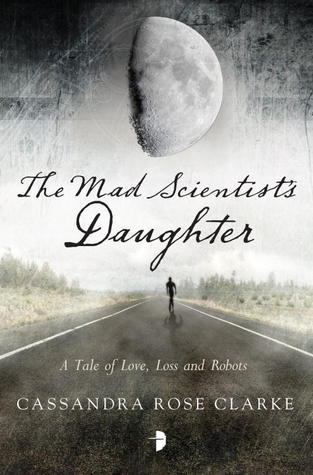