Recipe for a historical mystery: 1) Find an unsolved mystery from a past time period. 2) Think up a plausible solution for the mystery, then take some historical characters and have them discover the truth. 3) Come up with a plausible explanation for why, if these people solved the mystery, it remains unsolved to this day.

Recipe for a historical literary mystery: repeat the steps above, shake vigorously, and add a dead writer of your choice. Missing manuscripts and unfinished novels are a bonus. Serve cold, with a nice white wine.

The Last Dickens is an interesting breed of mystery. It's mysterious, all right, but also historical. And it's literary! It's like someone has taken three of my favourite ideas: mysteries, histories, and dead writers, and caused them to collide in the Victorian era, just to see what happens. What fun! Unfortunately, I didn't like The Last Dickens as much as I wanted to.

I suppose this book will inevitably be compared to Drood, so I'll get that out of the way and then not mention it again. This book is much better than Drood. Its story is superior; its characters are more enjoyable; and it does a much better job exploring the mystery of The Mystery of Edwin Drood.

Still, I found both books difficult to enjoy, and now I realize why. I'm not convinced there is much mystery to be had. To some extent, sure, it's fun to wonder what ending Dickens had in mind for his final novel. But the idea that it was semi-biographical, "based on a true story," and the idea that an American publisher would cross the Atlantic to go on a dramatic quest for the lost installments of Edwin Drood … it's a stretch, and apparently not one I'm willing to take.

Let's suppose, for the sake of this review, that I do believe. How compelling is this mystery that Matthew Pearl weaves?

James Ripley Osgood is an earnest individual. And I hate him. He has no depth. I know I'm supposed to like him, to see him as the hero, and to applaud his fortitude and courage. To be fair, he has good moments—and as a mouthpiece for the pro-literary themes of this book, he serves his purpose. Yet he changes very little in this book, and I never feel like I connect with him as a protagonist. The same goes for his companion and obvious romantic interest, Rebbecca Sand. Indeed, most of the characters in The Last Dickens are disappointingly drab set pieces instead of actual people. Pearl has done a wonderful job recreating the atmosphere for 1870s England and America, but it feels like a town full of actors playing very scripted roles: Osgood is earnest, Rebbecca is clever, Major Harper is devilish, and Wakefield is diabolical and double-crossing. Even the great Chief himself, Charles Dickens, is a mere shadow in this book.

And what was with that subplot in India with Dickens' son Frank all about? I had hoped it would have some sort of relevance, but all it does is demonstrate how the opium trade has affected India. But it only directly connects to the main plot once, when we learn that the thieves behind the opium heist Frank investigates are suppliers for the book's shadowy villain. Which we didn't really need to know. And once again, Turner and Mason were stock characters: Turner is pompous, thinks that Dickens got his post as superintendent only on his name, and turns out to be dirty; Mason is a well-meaning idiot. The entire plot felt superfluous, I'm sad to say.

This careful but ultimately unimpressive construction is endemic to the book as a whole. Pearl has created an interesting little simulacrum of Boston, complete with wind-up publishers, police officers, and some Irish discrimination every second page. But it's a surface world; scratch that surface, and there's little of interest beneath it. Neither the characters nor the story drew me in, gripped me, and made me want to read more. The journey, in this case, was a disappointment. However, the destination was still a pleasant place to end up.

The redeeming aspect of The Last Dickens is thematic. Mysteries, publishing, and poppies aside, Pearl manages to capture the atmosphere of a time when people hung on the every word of one man, Mr. Charles Dickens. He conveys the extraordinary lengths to which people will go to discover—or to conceal—Dickens' last words and the allure of a literary mystery. In the final chapter, Henry Wadsworth Longfellow makes a little author-inspired speech:

I sometimes think, dear Mr. Osgood, that all proper books are unfinished. They simply have to feign completion for the convenience of the public. If not for publishers, no authors would ever reach the end. We would have all writers and no readers. So you mustn't shed a tear for Drood. No, there is much to envy about it—I mean that each reader will imagine his or her ideal ending for it, and every reader will be happy with their own private finale in their mind. It is in a truer state, perhaps, than any other work of its kind, however large we print those words, The End. And you have made the best of it!

It's a wonderful, very true speech, and one you can tell Pearl has been waiting to spring on us from the beginning of the book. So what now? Should I feel vindicated that my original position, that the mystery of how Drood ends is immaterial? Should I feel angry or cheated that I've been dragged through a mystery populated by flimsy historical recreations only to have what I already know flung back into my face? I could, but no good would come of it. That ship has sailed. All that's left for me to do now is to conclude that Pearl's heart is in the right place. He's got some good messages. But his execution is lacking. Personally, I think the premise was his undoing, but your mileage may vary.

Just remember the moral of the story: if you don't like the end, you can always make your own up! (I'm pulling for a sequel in which we find out Dickens didn't die but faked his own death and fled to Australia to join a carnival.) 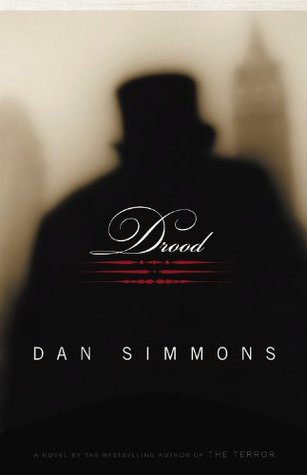 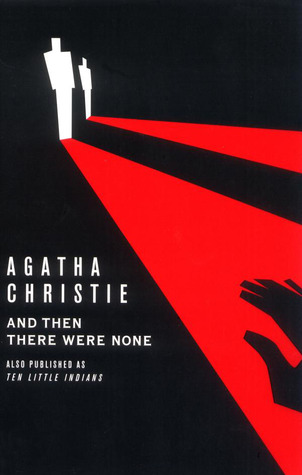