THE KNIGHTS OF THE CORNERSTONE by James P. Blaylock ★ | Kara.Reviews
Start End

I'm so over Templar fiction.

That being said, I chose to read The Knights of the Cornerstone. There's even a blurb from Neil Gaiman, one of my all-time favourite authors, on the cover! And on the back cover are a number of blurbs from an all-star cast of blurb-writers. That just goes to show how blurbs are inaccurate indicators of whether one will enjoy a book.

Of course, all of the blurbs without exception are talking about James P. Blaylock, not about The Knights of the Cornerstone. This is the first Blaylock book I've read; owing to the ringing endorsements from all these authors, I'll probably give him a second chance with one of his better-recommended books.

The main character might be Calvin Bryson, or it might be a roll of unused paper towel. The two have equivalent amounts of personality, so it's very hard to tell. Calvin lacks any sort of ambition in life; his fiancée has left him for reasons we never get to learn, so he's living off his inheritance by feeding a passion for New Age Californiana books. But then his uncle asks him to visit New Cyprus, a New Age hotspot that's actually a cover town for some modern-era Knights Templar wannabes. Calvin brings down a veil (or a decoy veil?) that has miraculous holy relic healing powers, but this gets the attention of the Big Bad Bob Postum, who wants the veil. Or silver. Or maybe he just wants to stand around waving his pistol and employ colloquialisms all day.

The whole pattern of dialogue in this book annoys me. I'm sheltered; I live in Canada, have never been to California, and never intend to go to California, so maybe people in that area of California actually talk like that. I don't care. While not exactly "metaphor poisoning" of the severe variety seen on Smallville, the locals speak with enough "local colour" for two New Cypruses. I wouldn't mind it so much except that, once you strip all the slang away, there's nothing left.

This is a short enough book as it is, but these few pages conceal an embarrassing secret: there isn't enough plot to fill them. Calvin spends an inordinate amount of time vacillating about an inordinate amount of things. I have nothing against protagonists undergoing mid-life crises and trying to figure out who they are, but there never seems to be anything redeeming about Calvin except perhaps his complete obedience to his aunt and uncle. He plays no pivotal role in the plot, contributes nothing of unique worth—in short, he's just there, and we're just tehre with him. I wish I could say Calvin is the exception, but this analysis applies to every character in The Knights of the Cornerstone. I'm not sure why I need to care about any of them, because most of them exist only to provide dialogue.

The appeal of the Templars lies in their rich history and mythology, and Blaylock does nothing with that. Instead, the eponymous Knights have almost nothing to do with the real Templars. In fact, the Knights themselves don't have much of a sinister secret—everyone in New Cyprus is a Knight, it seems, and they aren't up to any master plan, good or bad. The entire plot revolves around stopping Bob Postum from stealing the veil (or the silver), because that would be bad, and because the citizens of New Cyprus would rather take care of such problems themselves rather than involving law enforcement. If the stakes were high enough, if the Knights of New Cyprus were actually involved in something secret or illicit, I could understand this attitude. But the conflict is lame! A healing veil? Hidden silver, acquired from a mine, that everyone in the town decides to share?

It's possible there's a decent story buried somewhere in The Knights of the Cornerstone. Done differently, I can see an epic quest to protect the miracle veil from harm. Indifferent Calvin must step up, make a stand, even at the cost of the woman with whom he finds himself falling in love. Unfortunately, that's not the story we have here. The Knights of the Cornerstone isn't so much Templar fiction as it is Templar name-dropping; even if you are a fan of Templar fiction, this book isn't for you. 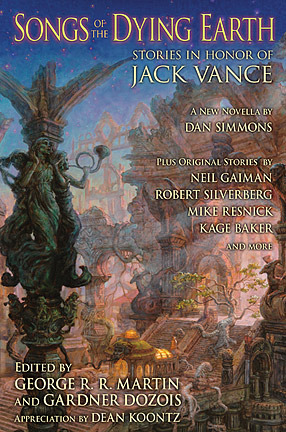