This book was like reading white paint. Yeah, I didn't think that was possible either, until I read The King's Grace. Although this book spans two decades and covers the rise of Tudor England, I felt throughout like nothing happens, and twenty years became one bad week for me.

I started this book with high hopes—don't ask me why, except perhaps that I love British historical fiction and for some reason this book intrigued me. Yet for nearly six hundred pages, the book failed to catch my interest. I probably should have abandoned it, except I paid for it, and I really wanted to see how Smith interpreted the events depicted herein. So instead of moving on to other books I know I'll enjoy, I sacrificed a week slogging through it.

The King's Grace is bland. Now, Smith uses a protagonist who wouldn't be near the major battles or indeed the English court for most of the book: Grace Plantagenet is a bastard daughter of Edward IV and develops from a mousy, unassuming girl into a stalwart, kind woman. Grace was good, sure, but she wasn't very interesting. Her motives were always extremely simplistic, and she never seemed to struggle with any of the moral dilemmas that faced her. For example, her first love is her cousin John of Gloucester, whom Henry Tudor subsequently executes. Grace then marries a childhood friend, Tom Gower, who loves her with the same ardour with which she pines for John. She spends about a hundred pages agonizing over her inability to love her husband, but then she decides the really awesome sex means she can move on from John and focus on loving Tom. For that matter, I think the sex scenes are probably the most interesting part of the book; at least Smith gets creative in her descriptions and avoids using the word "certes" in every paragraph—I applaud her use of archaic syntax to give the book a "period" feel, but for some reason that word grated on my nerves.

Wrestling with my mixed feeling toward this book, I've ultimately decided that the problem is the writing more than the story itself. The story should be interesting: rather than the battles and machinations per se of final chapter to the Wars of the Roses, we get to see the relationships among the sisters of York as Tudor secures a definitive Lancastrian victory, only to have to put down an upstart impostor to the Yorkish crown. Every so often I'd see a glimpse of depth and drama—such as Grace's observations about Elizabeth Woodville's treatment of her daughters vis-à-vis Woodville's treatment of Grace. Then the book would shy away and sink back into turgid mediocrity.

The low point of The King's Grace comes when Grace realizes that Perkin Warbeck is incontrovertibly not her half-brother, Richard of York. How does she reach this conclusion?

Her thoughts returned to the young couple dancing for Henry and how Perkin had defied the king by talking to Katherine behind his pomander, whispering words of love as he inhaled the spicy scent of cloves . . .

"Cloves!" Grace suddenly cried out to a crow cawing overhead. Sweat Jesu, why did I not remember then? Elizabeth told me her son Richard loathed the smell of cloves.

She felt the blood drain from her face as the sad realization sank in. She had recently suspected Perkin was not her brother, but she had always hoped that he was. And now she felt betrayed not only by him but by Aunt Margaret as well. She lifted her eyes to Heaven and whispered: "How foolish I have been all this time!"

Yes, ladies and gentlemen, that's right: Detective Grace bases her decision on the fact that Richard, as a boy, hated the smell of cloves, and "Richard" as a man likes them. And I knew this would happen when Elizabeth divulged this suspiciously detailed piece of information, but I vainly hoped I was wrong. Smith apparently discards the possibilities that Elizabeth was wrong (she was rather confused and incontinent in her final days, after all) or that "Richard's" tastes could have changed as he matured in a foreign land. As a result, I'm forced into one of two conclusions: either Smith is doing this intentionally to depict Grace as far more credulous than I'd like her to be, or Smith is very bad at writing mysteries. Although Grace is politically naive throughout the book, she proves herself quite capable of puzzling out the complicated motivations behind actions of Henry Tudor, Queen Bess, and her Aunt Margaret. It astonishes me that Smith would think a like or dislike of cloves is admissible evidence even by Grace's standards.

This inconsistent characterization pervades The King's Grace. While I often describe characters who lack dimension as "cardboard cutouts," never have I read a book for which that phrase is apt. I speak particularly of Grace's half-sister Bess (who becomes Henry's Queen, for those not keeping score at home). Bess seems completely in Henry's camp, no matter what she says to the contrary—and that's fine, except that I never really get a sense that she struggled with it, even when her relationship with Henry becomes cold and distant. Grace's husband, Tom Gower, vacillates between being angry at Grace—whether it's over her love for John or her desire to support Yorkist plot against Henry—and being amused and aroused by her naive intrigue and her hotness, respectively. Largely for this reason, reading The King's Grace was like being adrift in an ocean of talking heads with English and Welsh accents.

Clearly, Smith had a good notion of what story she wanted to tell but not how to tell it. I have no problems with the fact that Smith chose to embellish the life of a king's bastard who, so far, only has a single line in history (Grace is mentioned as accompanying Elizabeth Woodville's funeral procession, identified by her name and lineage). And somewhere along the way, The King's Grace does manage to touch on the powerlessness of noblewomen in 15th century England, particularly those of royal blood—chattel is a term that comes up once and a while. Grace especially, owing to her status as a bastard, lives the quixotic life of a privileged servant: accorded with rank, but doomed to always go hither and thither at the command of her half-sisters and their mother. It's a nice glimpse at a society alien to those of us lucky enough to grow up in a place where social mobility is far more flexible. Unfortunately, the quality of Smith's writing lends little support for these themes, and the ultimately fall by the wayside.

I doubt I'll be recommending The King's Grace any time soon. Judging from other reviews, this isn't one of those books that it is overwhelmingly bad—and again, I didn't find it bad so much as bland. Your mileage may vary. 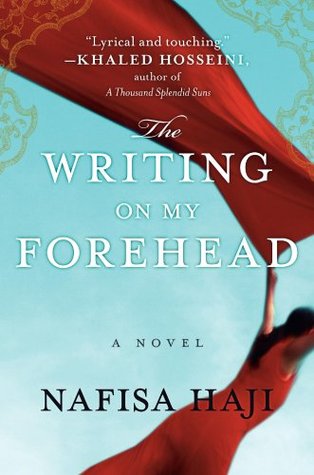