I am more and more impressed with H.G. Wells. This is the third book of his I've read, and it's by far the best. The first two were The War of the Worlds and The Time Machine, arguably better known than The Island of Dr. Moreau but not, in my opinion, better works of fiction.

As with those other two books, The Island of Dr. Moreau features a first-person erudite British male narrator. Much like the narrator of The War of the Worlds, Edward Prendick finds himself in the middle of an untenable situation not of his own making. However, he more resembles t he protagonist of The Time Machine, who is an adventurer and a man of action. This latter point is important: Edward Prendick does things in this book. He isn't just a passive observer of a Martian invasion or an intervener in events that haven't yet happened. Having stumbled upon a radically different society, Prendick recognizes that he needs to act in order to survive.

Most of the action is weighted toward the end of the book. Ordinarily this is a problem, but Wells did a fine job of maintaining my interest during the build-up to the catastrophe that forces Prendick into action. First there's the shipwreck that results in Prendick ending up on Moreau's island, and then we get to meet the infamous Moreau himself. Although by our standards Wells' science is laughably implausible, it does the job of advancing the story and advancing legitimate themes. Prendick's struggle over how to view the Beast Men—are they animals? Human? Some abomination in between?—felt genuine. And it was an internal conflict inexorably tied to an external one, for it would govern how he decides to deal with the Beast Men once he is the last "human" left alive on the island.

That he survives, in the end, is not in question. The introduction provided by the protagonist's nephew reveals that Prendick would return to England after being rescued. At first I wondered why Wells would destroy a potential source of suspense, but then I realized it wasn't a source of suspense, because Prendick's survival is necessary. The final chapter of the book demonstrates why:

My trouble took the strangest form. I could not persuade myself that the men and women I met were not also another Beast People, animals half wrought into the outward image of human souls, and that they would presently begin to revert,—to show first this bestial mark and then that. . . . I know this is an illusion; that these seeming men and women about me are indeed men and women,—men and women for ever, perfectly reasonable creatures, full of human desires and tender solicitude, emancipated from instinct and the slaves of no fantastic Law,—beings altogether different from the Beast Folk. Yet I shrink from them, from their curious glances, their inquiries and assistance, and long to be away from them and alone.

Wells accomplishes two things with this paragraph. Firstly, he captures somewhat the feelings of the shipwrecked survivor: someone who has been so long deprived of society and food and shelter that he or she, while no mad, must forever look at society in a different light. Secondly, he speaks to a latent fear of some of the implications of then-new Darwinism. This idea that humans came from animals, are inextricably animal by nature, is scary, especially to people who consider themselves among the most civilized society on Earth.

One aspect of the plot I wish Wells had explored more is the ethical ramifications of Moreau's experiments. Obviously they're implicit in the situation, since Moreau has fled to the Pacific to do his experiments without worry of interference or ridicule by the general public. While Prendick condemns Moreau's experiments, it seems to be more out of a visceral disgust for the procedure than a philosophical objection to the idea of "raising up" "lower" animals. Wells spends so much time building up to the discovery of Moreau's experiments only then to jump immediately into the catastrophe and Prendick's subsequent survival.

The Island of Dr. Moreau has also increased my appreciation for the psychological side of Wells' science fiction. I've always been aware of its existence, but I don't think I gave it enough credit before. Wells manages to portray the collective feeling of hopelessness engendered by Martian invasion, the sense of outrage against the injustice perpetrated on the Eloi, the fear of loosing any rigid line that separates Human from Beast … there's more going on here than I originally credited, and I'm starting to see now why Wells is so revered, both for his contributions to the nascent genre of science fiction and to the field of literature in general. There's relevance here, and consummate skill, so while it's good to be sceptical of "the classics" like I try to be, it's also important to keep an open mind. Just not a vivisected one. 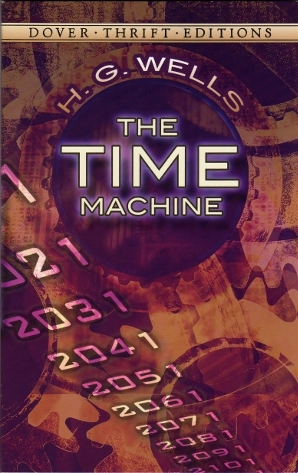 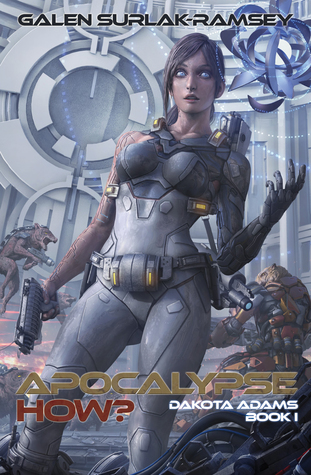