The Great and Secret Show reminds me of the only Tim Powers novel I’ve read, Last Call. And that, for anyone wanting a one-sentence review (contingent upon understanding the nature of my opinion of Last Call), is that.

In many ways, coming across a book that doesn’t interest one even though it’s a good book makes writing a review far more difficult than coming across a bad book. But if one truly reads widely—and it’s something I take pride in doing—then it will happen. So what then?

I could try to praise The Great and Secret Show for its merits, for the characteristics that endear it to other readers. Clive Barker brings an impressive imagination to the table. His credentials portray him as someone more in the “horror” camp of speculative fiction, and that’s borne out by the book—not horror in the nu-school sense of gore and death, but horror in the old-fashioned sense of dread, evil, and doom.

There are times when Barker’s baddies are positively Lovecraftian. Behind the shadows, lying in wait, pulling the strings, exist the Iad Uroboros on another plane of existence. They are the stuff of nightmares’ nightmares and want only to slip into our dimension, drive us mad, and subjugate the empty shells of human beings who are left. If that doesn’t describe an Old One, I don’t know what does. Thankfully, there is a magical "ocean" called Quiddity lying between us and them.

Central to the story is the attempt by one character to upset this balance. Randolph Jaffe is a sociopath who stumbles upon the secrets of Quiddity and the Art, gradually morphing into a less-than-human being known as the Jaff. He recruits an unconventional scientist, Fletcher, to help him with a final apotheosis. It goes wrong, but Fletcher turns against him. The two transcend human existence and wage war, embodying aspects of what a more limited mind might call “good” and “evil”. Their battles bring them to a temporary rest in Palomo Grove, California.

And then it gets to the weird, horror part of the story, what with the impregnation and the children and the creepy love-at-first-sight. But even this is good, in a sense. Even this I can understand. Barker needs to provide the reader with more human characters—the story of the endless battle between the Jaff and Fletcher has grown thin. But as various humans become drawn into the conflict, the stakes increase. The bad guys become more real, and suddenly this becomes a battle for reality itself.

For the right audience, I can see how this book would be the pitch-perfect blend of creepy horror and high-stakes urban fantasy. Alas, at times it drags, feeling far longer than it needs to be. Plus, this just isn’t my favourite corner of the fantasy realm. I enjoy a bit of darkness with my fantasy, particularly when that darkness has its origins in our own, flawed human nature, as Barker portrays through Jaffe and, to some extent, Kissoon. Yet I’m very picky when it comes to the ways in which urban fantasy deals with the interface between the magical and the mundane. The Great and Secret Show approaches the supernatural as a very spiritual, personal experience, whereas I tend to prefer magic that is showier, flashier, more style than substance. Is that crass of me? Probably. But I just like its stark contrast against the backdrop of an otherwise ordinary, regular world.

So, there is much working in favour of this book. And I’m having a hard time understanding why I didn’t enjoy it much more than I did—but this problem itself indicates to me that, for whatever reason, the book and I just didn’t click. Is this what dating feels like? I’m sorry, The Great and Secret Show: it’s not you; it’s me. 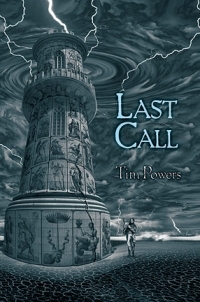 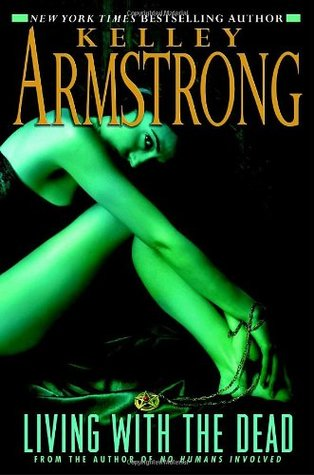