Neil Gaiman is one of the world's leading storytellers, and The Graveyard Book great story--several stories, in fact, all bound up into one nice narrative.

I have great respect for Gaiman because he does not patronize children. The Graveyard Book is, in many ways, a children's book (although adults will enjoy it as well). Unlike much of the mass culture drivel produced for children these days, Gaiman does not treat children like they are idiots or invalids in need of protection. He deals with them like equals--perhaps equals who speak a different language. I quite enjoyed his diction, the way he showed us how a toddler interprets stairs and a five-year-old might explain particle physics. Gaiman suffuses his writing with the wonder that coats everything in a child's world. And he doesn't shy away from including a healthy dose of fear.

Bod's adventure is compelling, and one with which many will identify. He has to grow up by the end of the book--we all see this coming--and it's a bittersweet moment. He's grown up in a graveyard, but he knows he has to confront the real world at some point. Through his experiences in childhood and maturity into an adult, Bod shows us what the living can learn from the dead--namely, that we're always lucky to be alive.

There's a twist at the climax that I did not see coming, and it was brilliant. From that point on, I did manage to predict the rest of the action, including how Bod defeated the antagonist. It was still enjoyable, but by and large the best part of The Graveyard Book is the first half, where Bod gets up to all sorts of adventures.

Honestly, I could have done without the entire "Bod is a chosen one" plot and the conspiracy surrounding the murder of his family. It seemed more like a subplot, since the main plot is actually about Bod growing up. And thus I only give The Graveyard Book four stars, when I would very much like to give it five.

Dave McKean's illustrations are marvellous. They're subtle yet striking--they draw just enough attention to make you contemplate the illustration without distracting you from the text. It's all whispery and smoky, creating an atmosphere of evanescence--very graveyard-like. They definitely enhance The Graveyard Book and elevate it from a simple novel into a work of art.

Quite an enjoyable read! 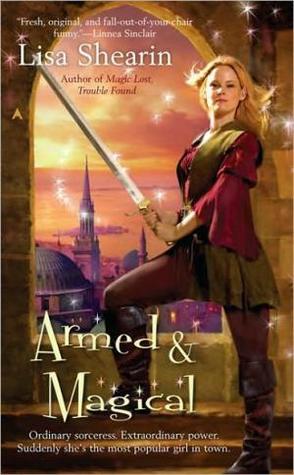