THE DAUGHTER OF TIME by Josephine Tey ★★★ | Kara.Reviews
Start End

Living in the UK these past two years, I have of course taken the opportunity to avail myself of the choice historical programmes (mmm, double m and an e) on offer from the BBC. These include the innumerable and delectable documentary series from a seemingly standard rotation of telegenic academics whose knowledge is second only to their enthusiasm for the stretch and span of the history of the British Isles. And then there are the dramas. It’s hard to pin down a "most popular" era in British history—there is so much of it, all of it interesting—but it’s safe to say that medieval and Tudor England provide some of the most volatile, most turbulent, most romantic fare. The Plantagenets and their Wars of the Roses, in particular, offer up a far more intricate and twisted tale than the most well-scripted of modern reality TV. Last year I watched the BBC adaptation of The White Queen. And now I’ve read The Daughter of Time, which looks at the historicity of Richard III’s guilt through the lens of Josephine Tey’s fictional detective.

Disclaimer of a kind, I guess: I’ve not read any of the other Alan Grant novels. Indeed, I wasn’t really aware of this novel’s seminal status. It has been on my to-read list for years now, and I’ve finally managed to get around to it. I guess I can understand why some people are so fascinated by it, and I enjoyed the speculation … but it hasn’t quite stunned me as a genius work of creative historical re-interpretation.

The gimmick, if you will, is that Grant is flat on his back convalescing from an injury. To rescue himself from boredom, he takes up the suggestion to study some portraits of famous historical persons and try to solve a mystery associated with them. Eventually he decides to look into Richard III’s guilt for the murder of the princes in the Tower—because from the portrait of Richard III that he views, he concludes that Richard looks too good to be a criminal. Huh. First Grant tries to familiarize himself with the basic facts from around that time—Edward’s death, Richard’s accession, Elizabeth Woodville’s flight into sanctuary, Henry’s challenge, and the disappearance of the princes. Soon he discovers that the "facts" are harder to verify than he, as a police detective, would like. He is not actually that charitable towards historians, accusing them of abandoning rational thinking and not being familiar with how "real people" would act. Grant tries to build up a case for or against Richard, all the while aware that some historians (particularly those of the Tudor period that immediately followed) might have biases and blind spots that colour their judgments.

Tey succeeds brilliantly in exploring the concept of historicity and how one goes about learning history. In particular, Grant confronts the haphazard way in which people internalize a mythical version of history, particularly their nation’s history. History majors aside, most people learn about history from entertainment and the "history class" experience in high school. Neither of these sources of information are particularly reliable. The former is unreliable for obvious reasons of creative licence. The latter is open to a host of biases, from teachers to textbooks to the times in which we live, and further subject to revision and elision for the purposes of time and to fit your television screen. (My goto example is my relatively poor knowledge of the twentieth century following World War II, because my history class seemed to stop after World War II.) I really like how Grant begins his quest first by just asking the people around him what they know of Richard III and his presumed guilt. Their responses are interesting and informative and form a useful baseline for comparison with his more academic research.

Although Tey also succeeds in casting much doubt on Richard’s guilt, I’m not willing to say she won me over to her view. She relies on an argument based on Richard’s supposed character, backed up by Grant’s police detective instinct to "follow the motive." Essentially, Richard had less motive to want the princes out of the way than Henry VII did. It’s a fascinating thought experiment, but this construction of possibilities is simplistic: it makes for stimulating reading, no doubt, but is far from rigorous historical speculation. Grant blithely ignores the differences in society between fifteenth-century England and the modern day—which is to say, a man of Richard’s supposed character might still act differently today than he would five hundred years ago, simply owing to the different circumstances, pressures, and mores of the time. Grant also seems fairly committed to establishing Richard’s innocence, despite token attempts to construct a case for the prosecution. That’s no way to go about solving a mystery in a grand and just manner!

I find history fascinating from a lay perspective. I’m not going to get into a lengthy discussion of Tey’s source material and how much she hews to history. There are plenty of non-fiction books for that. What matters with The Daughter of Time is the way in which Tey combines an historical mystery with a detective novel. The combination is intriguing, and content aside, Tey does it well. I can see why it has acquired the reputation it has. I’m not captivated quite enough to look further into Grant’s adventures, but I can appreciation what Tey has done. This is a neat little book, and if it drags at times, it makes up for that with an interesting exploration of history and how we make it. 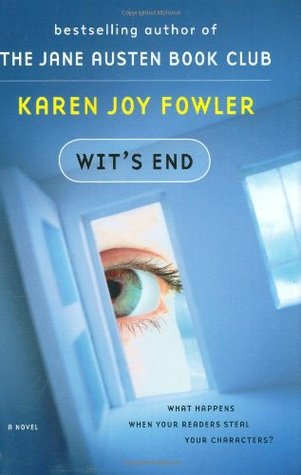