Jonathan Franzen seems to be all the rage these days, though according to the timeline one can glean from his Wikipedia article, he seems to have been around for quite a while. Nevertheless, he was featured in TIME around the time his novel Freedom was released, and I undertook to add The Corrections to my to-read list. Then my friend Vivike (bless her heart), who has read it, gave it to me for Christmas last year. Even with this kindness I was not in a hurry to read it, for I knew deep in my heart that the almost-inevitable result would be the work you see before you now.

Despite this declaration of pessimism, I want to stress that I did not set out to dislike The Corrections or Franzen on purpose. I want to say that I began reading with an open mind, as I usually do, but I’m not sure that is entirely honest—let’s say instead that, while I was sceptical, I was willing to be persuaded to the side of Team Corrections. That never quite happened. However, I’m not going to say that The Corrections is a terrible novel, and I won’t call Franzen a bad writer or a hack. No, my dissatisfaction is more subtle than that; our differences are more toward the stylistic. Suffice it to say that Franzen is operating in a literary paradigm for which I have very little use, and while it’s a valid paradigm in its own right, I probably wouldn’t missed it if it disappeared overnight.

All those good intentions to give The Corrections a fair and honest hearing began to crumble from the beginning. I just cannot stand Franzen’s writing style. His syntax is not so much florid as it is frenetic. He determinedly crams as much information into a single sentence as possible by abusing the dash and semi-colon until they, like my eyes, cry out for mercy on the very page. I hold up two examples, the first from page 11 and the second from pages 17–18, to demonstrate why I find this so objectionable. The first example is actually quite brief:

In the streaklessly clean windows of the dining room there was chaos. The berserk wind, the negating shadows.

That’s right: the windows weren’t just clean, they were streaklessly clean! Yet somehow they contained “chaos”. Followed by a fragment (which is fine in fiction) that does little but embellish this half-formed idea. Alone, this passage isn’t all that bad. There’s nothing wrong with indulging one’s desire to set the scene, and perhaps in another novel by another writer I might have overlooked this. By page 11, however, I was already beginning to groan beneath the weight of Franzen’s prose, and that sentence stuck with me for the rest of the book. It seems to scream, “I am a writer and I am writing and this is me, showing you that I can write!” And it reminds me of those poor people who find themselves graduates of a masters program in creative writing, which forces them to overwrite everything they create lest they fail to show the world that they are, in fact, writers.

There is a distinct emphasis on quantity over quality in The Corrections. This is hopefully evident in the second example:

And since Chip had no association with the Wall Street Journal—the publication to which he made unpaid contributions was the Warren Street Journal: A Monthly of the Transgressive Arts; he’d also very recently completed a screenplay, and he’d been working part-time as a legal proofreader at Bragg Knuter & Speigh for the nearly two years since he’d lost his assistant professorship in Textual Artifacts at D—— College, in Connecticut, as a result of an offense involving a female undergraduate which had fallen just short of the legally actionable and which, though his parents never learned of it, had interrupted the parade of accomplishments that his mother could brag about, back home in St. Jude; he’d told his parents that he’d quite teaching in order to pursue a career in writing, and when, more recently, his mother had pressed him for details, he’d mentioned the Warren Street Journal, the name of which his mother had misheard and instantly begun to trumpet to her friends Esther Root and Bea Meisner and Mary Beth Schumpert, and though Chip in his monthly phone calls home had had many opportunities to disabuse her he’d instead actively fostered the misunderstanding; and here things became rather complex, not only because the Wall Street Journal was available in St. Jude and his mother had never mentioned looking for his work and failing to find it (meaning that some part of her knew perfectly well that he didn’t write for the paper) but also because the author of articles like ”Creative Adultery” and “Let Us Now Praise Scuzzy Motels’ was conspiring to preserve, in his mother, precisely the kind of illusion that the Warren Street Journal was dedicated to exploding, and he was thirty-nine years old, and he blamed his parents for the person he had become—he was happy when his mother let the subject drop.

That is one sentence. I am thankful I can type at a frightful 100 wpm, because otherwise I might have been here all night. Just take a moment to trudge through that behemoth, however, to get a feeling for the way Franzen communicates information. Because there is no way this sentence was accidental; there was no reason those semi-colons couldn’t have been periods or that the clauses couldn’t have been torn down and rebuilt as friendly, shorter sentences with much simpler syntax. No, Franzen made a deliberate choice to write like this. It’s a valid choice, but there are two problems: firstly, Mr. Franzen is not Stuart McLean; secondly, Mr. Franzen is not George Eliot.

Stuart McLean, the host of The Vinyl Cafe, is an expansive storyteller with a similar penchant for going off on tangents almost midsentence. Even McLean, however, knows enough to put a period in once in a while. Likewise, Franzen’s style reminded me of The Mill on the Floss, which I had recently finished reading. Eliot and her nineteenth-century contemporaries were much less prone to paragraph breaks than most twentieth- and twenty-first century writers, and they even hesitated when it came to concluding their sentences. Like Franzen, they enjoyed including as much information as they could in each sentence. Yet Eliot manages to do so in a way that does not leave me gasping for air. I’m not entirely certain if it’s her word choice or just that the irony in her tone is much more to my liking. In any event, sentences like the one above were one reason I struggled through The Corrections.

The Corrections feels like it is several novels rolled—or perhaps coerced—into one. Denise is trapped in a somewhat off-key imitation of John Irving. Chip’s plight, and his ill-conceived entrance into the Lithuanian fraud business, is something I would expect to see in a Douglas Coupland novel. (In fact, The Corrections reminded me a great deal of All Families Are Psychotic. But again, the weightiness of the prose made it difficult for me to laugh at the characters; their situations are decidedly serious even if their dysfunctionality is supposed to make it seem absurd.) Alone, I might have been interested in any of these novels (and they would make for a much shorter book). I’d love to read a novel about an American college professor who gets roped into helping a Lithuanian politician run a fraud scheme. I’d even be happy with a novel about a woman who trains as a chef and then finds herself in a series of increasingly unlikely adulterous relationships as she attempts to redefine her sexual identity. I’d probably be OK with a novel about a guy who is struggling with the possibility that he is depressed, even as he attempts to balance his obligations to his parents with the expectations of his wife and children. All of these are perfectly good plots on their own—but taken together as subplots of this novel, and they are a little much. It probably says a lot about Franzen’s ability as a writer that he manages to keep the novel as structured as it is—though I have to confess, I still see no reason for providing Robin’s entire back story. She is a minor character, after all….

So I have some serious criticisms of The Corrections’ style, pacing, and even plot. But what about the characters and the themes they embody? Is what Franzen has to say about dysfunctional families worth it, or is this truly one of those meandering pieces of pretentious fiction that has so egregiously elevated itself to the title of Literature to the exclusion of all other forms of fiction? Although some people praise Franzen’s style, most of the positive reviews I have read focus on the characters and the story. They praise Franzen for creating a story they like even as he shows them characters they vehemently dislike. They praise The Corrections for portraying a family that, if not true, could be true; in this, they feel, Franzen has captured something accurate about the state of American society by focusing on the microcosm of a single family.

The Corrections, then, is not so much a Great American Novel as it is a Family Story. It’s true that the book’s characters are almost entirely unlikeable, or at least very unsympathetic. It takes guts to write a book where all the characters are like that—I will give Franzen that much. The Corrections is also moving (and somewhat depressing). Yet it’s moving in such an obvious way; I knew the whole time that Franzen was manipulating me, and I didn’t like it. I wasn’t particularly invested in any of these characters or their plights (perhaps, somewhat, because of the way Franzen would dwell upon them in paragraph-long sentences), so as their situations evolved throughout the course of the book, which very length tested my patience, I found myself drawn more toward apathy than sympathy or empathy. The Corrections is not boring, but it does not seem to inspire much more emotion than a reader is initially willing to give it. Hence, I suspect that some people were much more willing to go along with the type of story Franzen chooses to tell here—and that’s fine. Alas, he never quite manages to go beyond that point and sweep up those reluctant readers who are merely keeping pace (and keeping time). 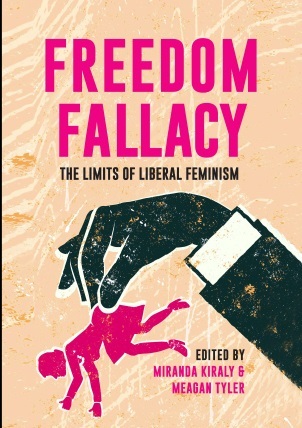