I don’t really know what I just read. The Accident Season is a supernatural YA thriller that purports to have a mystery at the heart of it. Yet the deeper we go into the story, the more that mystery unravels into almost a bait-and-switch. Populated by the barest hints of ghosts, fairies, changelings, and other such spirits, this book tugs at your brain in a pleasing way, but I’m not sure, in the end, it actually has anything interesting to say.

Also, trigger warning for weeeeeeeirrrd fucking quasi-incestuous relationship that is normalized and … yeah. Sorry, I just had to give myself a little shake there before I continue.

Ok, so the first-person protagonist of this book is Cara (that’s right, not Kara—you were so close!) Morris. She’s 17. Her entire family, every October, endures what they have semi-affectionately called “the accident season,” in which their rate of “accidents” increases to life-threatening levels. The cover copy of this book makes it sound like Cara is determined to get to the bottom of the cause of accident season this year, but in actuality, Fowley-Doyle begins this book as a mystery surrounding one of Cara’s classmates, Elsie. When Cara notices that Elsie is, somehow, in every photo of her family, she resolves to track down this girl and figure out why. Except Elsie proves elusive. She’s so quiet at school that no one really seems to know her or know where she lives. Meanwhile, as the Morris family endures another accident season, Cara struggles with weird feelings for her “ex-stepbrother” (ugh) Sam, an odd distance developing between her and her best friend Bea, and the sense that something is not quite right with her sister Alice. Will a rager in an abandoned, probably haunted mansion fix everything? Of course not, but these teenagers will try anything to get kissed.

Ok, ok, I am starting to slip into sarcasm territory because my unease around this book is making me defensive. Let’s break this down into the good, the bad, and the just plain what?

I will say this for Fowley-Doyle: her writing style is deliberate and skillful. This is a book that just screams “creepy, slow-burn ghost story.” The descriptions, the interstitial flashbacks, the creepy costume store that vanishes the moment the characters leave, the hallucinatory dreamlike sequence during the climax … every part of this book is designed to leave you with your hair on end and your stomach just ever so queasy from the experience. Now, this is not normally my cup of tea. However, I appreciate the skill at work here. Even though I don’t think I liked the book overall, I could see myself recommending it to a small subset of people I know who really like this kind of tone and atmosphere.

As I alluded in my summary, I feel let down by the cover copy. If it had just been honest that this is more a mystery about Elsie than anything else, maybe I would have enjoyed the book more. Instead, the first half of the book was difficult for me to read, because I kept waiting for when Cara would actually start investigating the nature of the accident season. This is doubly disappointing, because that lack of attention means I never fully picked up on the foreshadowing and subtext scattered throughout the book that points to Christopher as an abuser.

The ending, after the climax at the party, feels rushed. So much exposition, so many explanations from Cara’s mother and others. Revelations that don’t feel like rewards, because did we really work for it? This is my issue with a lot of supernatural stories like this: in trying to create a confounding experience for the senses, one risks obscuring the elements that allow a reader to follow one to the conclusion. So Fowley-Doyle spells it all out, just in case we didn’t notice how clever everything is.

Finally, I can’t not discuss the incest angle here. When I mentioned it to a friend who is the master of choosing GIF replies, she replied with a GIF of Cher from Clueless, and that was, as usual, a chef’s kiss–level of reply. Yeah, the situation here is very similar to the relationship between Cher and Josh. In both cases, you have two people who are not related by blood, who are family by dint of parents marrying, whose parents have since divorced. Are they still “family”? In the case of Cara and Sam, I have to say yes—they grew up together for years, some of their most formative years. The book almost eagerly, gleefully shoves them together; both of them go through the usual tapdance of “it’s wrong; I shouldn’t have these feelings,” but by the end, the author is basically condoning their love and a romantic, perhaps even sexual relationship. I find this incredibly problematic. Meanwhile, we learn that Alice has endured not just abuse from a stepfather but also from a boyfriend, up to and including rape, and we receive almost no time to process this before the book wraps up and … I don’t know, everyone has a neutral ending?

I guess I’ve made up my mind about what I just read. The Accident Season is a profoundly disappointing book. It has moments where, thanks to Fowley-Doyle’s writing skills, it almost approaches something sublime in its use of genre, mood, and atmosphere. Yet all of these positives are outweighed by choices of plot and characterization that preclude me from truly enjoying this read. Instead, it left me uncomfortable, and not in the good way that a ghost story should. 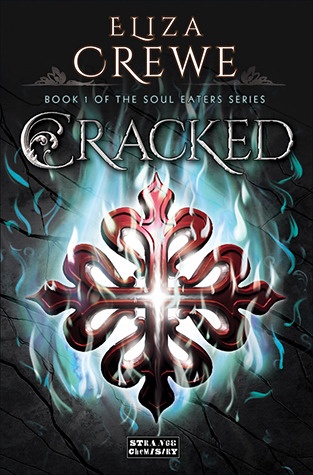 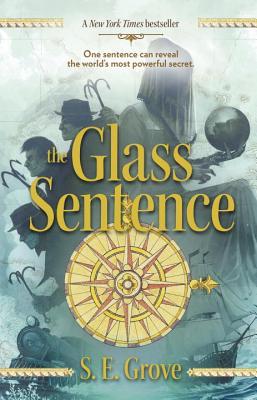