This is one of those books where the description is of no help whatsoever, and in fact reading the description is more confusing than just reading the book. That’s not necessarily a bad thing, although it would probably make me less likely to take a chance on reading this had I just randomly encountered it. Instead, a group I’m a member of chose this for February’s read, and my library had a copy. I’m glad the group made this choice, because Tender Morsels is a pleasant surprise of a novel. It’s an articulate, sensitive, and potent story of the intersection of fantasy and reality. Margo Lanagan delivers quite literally an escapist tale where the moral of the story is that reality, however, unappealing, is ultimately the best destination for thinking, living beings.

Liga is a fourteen-year-old girl in a typical fairy-talesque village. She lives with her father in a cottage on the outskirts of town. Since her mother’s death, her father has been sleeping with her. Eventually she manages to hide one of her pregnancies from him until it’s almost too late for him to abort it. When he meets an untimely death in a carriage accident, Liga is left to fend for herself. She gives birth and continues living in the cottage, remaining largely uninvolved in village life. But when a group of young men comes upon her cottage, that changes. They rape Liga, who flees into the woods. She is so distraught by her circumstances that she very nearly throws her baby, and perhaps herself, over a cliff. But a mysterious being Liga only refers to as the "moon-babby" instead transports her to a new world that looks exactly like her own, except everyone is strangely nice, albeit a bit absent. Liga raises her two daughters here until adolescence, when events conspire to bring them back to the real world.

If it seems like a story about a world where everyone is nice to the protagonists would be boring, then you’d be right. Tender Morsels builds slowly, and it’s not entirely clear from the beginning what is happening or what the main thrust of the plot will be. Indeed, were it not for the fact that the narrative returns to Liga and her daughters, Branza and Urdda, after following other characters, I might be tempted to think this was another case of me mistaking an anthology for a novel.

Lanagan uses the slow build to good effect. Those other characters are interlopers on Liga’s fantasy world. Branza and Urdda’s encounters with Collaby Dought provoke feelings of anticipation and heighten the tension as we wonder what the fallout could possibly be.

Davit’s presence as "Bear" in the lives of these women is interesting. This is yet another book that perpetuates the dangerous myth that bears are cuddly creatures (though, to be fair, this book has more bear sex). Davit upsets the dynamic that exists among the three women, but they soon adjust to his presence. For Branza and Urdda he is something they can dote upon, slightly more than a pet—more like a friend. For Liga he is a companionable distraction. But mostly, he is something new, a break from the monotony enforced by the boring sameness of the fantasy village.

If there’s one point Lanagan hammers home, it’s that as people change, their "heart’s desire" changes with them. Liga’s heart’s desire as fifteen-year-old single-and-pregnant girl is different from her desires as a grown woman. She didn’t realize how living in such a cocoon would affect her daughters’ development; it’s not until their return to the real world that it becomes apparent that they lack certain awareness of social norms and folkways.

All three women have a difficult time adjusting but for different reasons. Urdda and Branza, of course, have never experienced the "real world". Urdda has had a year to adapt before her mother and sister arrive, while they have aged ten years in the same time. In some ways, Branza seems to have it the hardest, even seeking to return to the world she considers home. But on this point Miss Dance, the voice of wisdom, is firm: eventually, you have to face the real world, even if you don’t like it. We’re not asked to like it; we’re just asked to live in it.

This is an interesting take on the oft-used idea that magic can seldom fix everything. Liga’s seclusion unquestionably does her and her daughters good, but it isn’t a permanent solution. It’s a fairytale more than it is life—can a fairytale be a life? Apparently Lanagan doesn’t think so. But for all the hardship and endorsement of reality in Tender Morsels, this is actually an uplifting book.

It’s a slow burn at the start, but it picks up when they return to the real world. And I absolutely loved the ending. The romantic resolution could have been so contrived and twee, except that Lanagan subverts it. Davit marries Branza rather than Liga, who returned the attraction and affection he first felt as Bear but is now much older than him as a result of the unsynchronized passage of time. Once again, it seems like Liga is fated to be unhappy, for things in the real world never to go her way. Yet she has other forms of happiness: she has two amazing daughters; she has more friends now than she ever did in the fantasy world; she has a place in the community. So, in the end, Tender Morsels is reassuring: terrible things happen, but they aren’t the only things that happen. 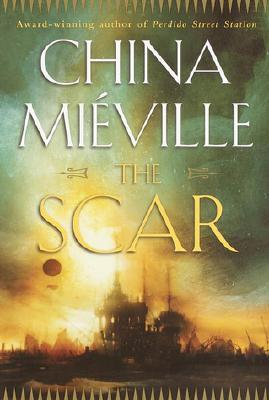