This is an adorable book. I don’t know why it hasn’t received more attention, though looking at other reviews, it seems that most people didn’t find it as charming as I did—or at least, that charm didn’t outweigh perceived faults in David Schickler’s writing.

The premise of Sweet and Vicious is simple: it’s a gangster romance road trip black comedy.

Gangster: Henry Dante is one of Honey Pobrinkis’ best thugs—though he hasn’t had to kill anyone yet. But when Honey’s nephew threatens an innocent woman while on a job, something in Henry snaps. He betrays the Pobrinkis clan, making off with the diamonds they were sent to collect on Honey’s behalf. Now he’s a wanted man.

Romance: Grace McGlone is an odd kid. Her religious mother is obsessed with evangelists on the radio, particularly Betram Block. Somewhere along the way, Grace goes from rejecting religion to a curious convert—she’s “trying for heaven” in the “celibate until marriage” way, but after walking through an automatic car wash and jumping in Henry’s truck to run away from home, Grace seems to be more on a literal journey than a spiritual one.

Road trip: Henry and Grace tour through a couple of midwest states as they attempt to elude Honey’s pursuit and give away the diamonds Henry stole. Along the way they encounter your standard cast of quirky road trip characters who help Henry and Grace Learn a Lesson.

Black comedy: Everyone dies. Well, OK, not everyone dies. But without spoiling it, a significant number of the main cast dies. This isn’t the blackest of black comedies—think more a charcoal than jet. Really, though, that’s the only way to do humour with gangsters—you can’t ignore the reality that, at the end of the day, Honey is this guy who kills people and steals things. Gangsters, even sympathetic ones like Henry, are objectively not nice people. So when you want to tell a funny gangster story, your comedy needs that dark edge to it.

The power comes from the unexpected sources of darkness. The title, Sweet and Vicious, comes from a phrase Henry utters to himself. He’s describing Grace and himself: she’s the sweet one, and he’s the vicious thug. Or are they? As the story develops, Grace seems to have a vicious streak centred on Bertram Block—and Henry’s inherent sweetness is visible ever since he throws it all over for Helena Chalk.

I appreciate, too, that this book does not overstay its welcome. It is a short and sweet little story. Even still the first part lingers a little longer than it could, but I’d argue that the action-packed last chapter, with its precarious and enthralling climax, more than makes up for earlier indiscretions. You could easily read this in an afternoon and be none the worse for it.

The writing could be better, sure. I mean, with characters like “Honey Pobrinkis” and “Grace McGlone” and “Bertram Block” you have to recognize the aesthetic Schickler is going for here—and arguably it takes even more work to come up with such caricatures. The name “Honey Pobrinkis” isn’t just arbitrarily chosen as a funny-sounding name for a gangster. Many gangsters have sweet-sounding nicknames belied by their cruelty. Schickler carefully calibrates this nickname, even going so far as to divulge backstory for it.

So I give this book four stars for the same reason I give Animorphs novels four stars: the story is the thing. Even amidst bad writing, if your story tickles me, you’ve got me. I’m not saying I’d marry Sweet and Vicious, but I’d swipe right.

And that’s as close as I’ll likely ever get to a casual hook-up. 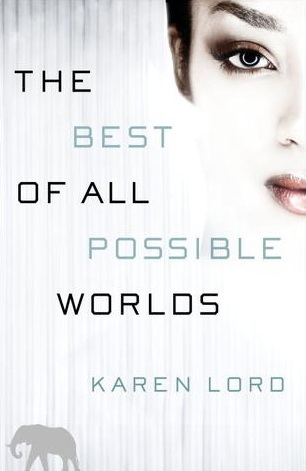