Full disclosure: I received a copy of this story free from its author. Loves me the free short stories.

At the time I write this, I have 196 followers on Twitter. I’m pretty sure most of them are bots of one kind or another, because that number seems rather inflated. I have 147 Facebook friends. I have 97 followers on Goodreads, though again, many of those may be automated people attempting to profile me or lie in wait to sell me things. I’d be interested in seeing a social graph of my Goodreads connections, in seeing how my various friends and followers are connected. As a mathematician, I’ve studied graph theory and love how its applications become more and more important as the Internet’s social layer deepens. Who talks to whom? And for how long?

When it comes to the identities behind the entitites following my online activites, though, does it matter if they be human or machine? The latter might seem less real, less important, but perhaps the converse is true. After all, machines—or shall we say, algorithms—are often what make the difference in the online give-and-take. Algorithmic trading happens faster than humans could ever hope to follow. Similarly, algorithms following a human’s activities and reacting to those changes in reputation might have more of an impact than the slower, organic followers.

“Snow Falling” taps into the recent trends of gamification and reptutation-tracking. It’s a world where the metrics of the online persona are everything, and all actions are worth watching, rating, reviewing. The more someone does something worthy of applause, the more their reputation rises, and the more they receive gifts and sponsorship that could make the difference between making rent or moving out. Though Robert Harken doesn’t go into much detail about the state of the world in this near-future, it feels very much like the general, somewhat bleak and dour atmosphere that permeates the post-cyberpunk pages of Moxyland or Virtual Light. Civilization hasn’t collapsed so much as let itself go, and the gap between the rich and the poor has become a wall guarded by wilful blindness.

Harken splits the narrative into two streams. In the first, two newscasters follow the ascension in reputation of someone working under the alias “Snow”. In the second, an impoverished young woman named Kate labours as Snow to collect and sell as many gifts as possible to keep her and her mother alive while staying anonymous online. Apparently, that’s a terrible breach of etiquette, because the government pulls out an entire SWAT team just to find out Snow’s real identity. As Snow’s reputation swells and the SWAT teams close in on Kate, the story becomes a race to see who will fall first—and faster.

It’s cool that we get to see the story from these two competing angles, and it is an efficient way for Harken to show how this world is subtly different without resorting to too much exposition. As the hysterical reaction to Snow’s anonymity demonstrates, this is a post-privacy world, where everything and everyone is watched at all times; in fact, their reputation depends on it. But this has its drawbacks, because there is no way to ditch one’s old identity and start anew. Or at least, if one manages to do that, one has to be careful not to garner too much attention, lest the SWAT team come a knockin’….

As a science-fiction story, “Snow Falling” does what good science fiction should: it speculates about our society and about the people in it and how all that might change in the future. However, the trappings that Harken uses to do this could stand some scrutiny. For example, we regularly see Kate enter her login details to assume her Snow persona, and her password is “deprecated”. Even in this era of computing that password—a dictionary word!—would not pass the sniff test. This, for an account that has attracted global attention for its skyrocket ascent to fame? Any such account would necessarily be the target of numerous hacking attempts. Kate seriously needs to rethink her security strategy.

In many ways this story is a little over the top. There’s the bubbly, very false atmosphere of the newscasters, which reminds me a lot of the decadent and loud personalities of the hosts in The Hunger Games movie. Then there are the characters like the Deputy Vice Minister of External Affairs, and the antiphonal motto, “Disclosure begets honesty. Honesty begets accuracy. Accuracy begets order. Order is peace.” The whole story has a “Harrison Bergeron”, Kurt Vonnegut-like quality to it. That being said, I don’t see “Snow Falling” as a satire of post-privacy so much as an honest attempt to explore what some of the implications of a culture of post-privacy reputation munging might entail.

In that respect, I finished this story feeling almost certain it would have worked better as a novel (or at least a novella). There are just so many little ideas packed in here, from Kate’s mother’s unjust arrest and wildly ironic rehab addiction to the system by which online personae receive gifts from sponsors (in return for doing … what … exactly?). As far as the world and its characters go, there’s enough for a novel here. The plot would need some thickening (so that it could then be stretched like taffy); as it is, the short length lends itself well to the atmosphere of tension that Harken creates, and I don’t think the same kind of “race against time” conflict would work as well if this became a novel—not without a few more twists and turns. But there is plenty here that hints at the deeper ideas Harken wants to highlight, questions about the nature of truth and the best way to use technology to facilitate democracy, and in a short story, highlighting is all that is possible.

Although I might have issues with the length, I’m still satisfied by the story, and in particular the ending. It’s a tragic but poetic ending with just the right hint of hope. Kate might be beaten, but only temporarily, only set back rather than defeated. She has risen before, and she’ll do it again. Such are the vagaries of living by online reputation. Whereas much of the story highlights a news broadcast or Kate’s online actions, the ending is firmly grounded in the real world, with plenty of emphasis on the physical, even visceral nature of Kate’s life. It’s a reminder of the fragile and ephemeral nature of the online personae we create: Snow fades away because, for all her dazzling notoriety, none of the relationships she forged were meaningful or genuine (as we see in the tragic case of Amy_207). That’s not to say that online relationships are always shallower or less real than offline ones, just that they require the same type of commitments. The Web is still relatively young, and this is something we are just starting to figure out. It will be interesting to see how our online and offline interactions continue to intersect and overlap in the next few decades. “Snow Falling” provides a stimulating glimpse at one possible equilibrium, and one person’s struggle to game the system. 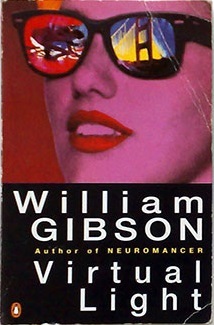