When I re-read a book I've already reviewed, I tend to write a new review to reflect how my opinion of the book has changed with a second reading. In this case, my opinion hasn't changed much. If anything, my admiration of Small Favor has increased. I stand by my original review, and I recommend you read that for my full thoughts on this book.

Reading the series in near succession like this gives me a new appreciation of how Small Favor brings back some of the light-hearted "fun" Harry Dresden. We haven't seen much of him since Proven Guilty. It seems like Harry has more wisecracks this time around, more insolence—although that may be, as Nicodemus observes, merely a function of the insanity of the situations Harry has to face in this book.

Seriously, though. Asking a gruff for a doughnut? Wow.

It occurs to me that my original review did not have a spoiler alert attached. This hasn't happened since Summer Knight, but I suppose I won't break with tradition now. The specific plot of Small Favor is of little importance. What matters is its sheer awesomeness.

Jim Butcher combines so many elements of the Dresdenverse—the Denarians, the Archive, Marcone, Murphy, Thomas, the Wardens, the Knights of the Cross, Summer and Winter courts—and yet the story is still simple and focused. There's plenty of snappy dialogue, wonderful descriptions of battle scenes and magic-working, and new dimensions on old relationships.

On top of that, the Black Council story arc continues. Someone has been manipulating the Denarians, and one of them was involved in the attack on Arctis Tor—the one that left the gates wide open for Harry's little incursion. It looks like the Black Council set up Arctis Tor, and contributed to the developments in this book as well.

I loved Harry's encounter with Uriel and the corresponding development with his powers. Butcher excels at improving Harry as a character and as a wizard without turning him into a Marty Stu. Sure, Harry gets a power boost in this book—but as Bob says, "And [Uriel] did you a favor…. You just know that can't be good!" Nothing comes without a price, and it seems like the more Harry gets involved in these matters, the worse his situation gets.

I love the Dresden Files, and Small Favor is an example of why.

This may be the best Dresden Files book yet.

At this point in the series, there is so much backstory and established "facts" that it can feel confusing to navigate it all, yet somehow Jim Butcher makes it feel easy. The pacing of the narrative, the division of characters' actions and duties, all of it comes together to make the book readable and enjoyable. Butcher has an excellent handle on how to set up a scene, create tension, and leave you in suspense at just the right moment.

It's a shame that Sci-Fi chose to create an "alternate" Dresden Files universe when they adapted these books. Had they stuck with the original storyline, they would have enough material for several seasons, and the show might actually have not sucked. But that's neither here nor there. The book.

I had trouble putting Small Favor down. As I said before, the pacing just makes it so exciting that I needed to know what happened next. The conflicts in this story are also heartbreaking (with what happens to the Archive and, later, to Michael) and compelling--how is Harry going to get out of this one.

Some people may find Harry's wisecracking attitude camp or annoying, but I love it. Okay, "Hell's bells" annoys me a bit. However, I've figured out why I like it so much--it reminds me of John Crichton from Farscape. Anyone who has seen that series knows that Crichton is the only human being in that section of the galaxy. Whenever he is in imminent peril, he makes a cultural allusion (be it pop culture, literature, or just some proverb) that no one--particularly the arrogant, gloating enemy--understands. This forms a bond between him and us, the audience. Butcher does the same thing with Harry, and the first person perspective only amplifies this feeling.

The plot was rich and interesting. After ten books, one may worry that an author is running out of ideas, but Butcher still looks like he has plenty left. He has managed to hew enough detail out of this universe that there are plenty of antagonists to square off against Harry and the good guys--but the moral ambiguity (gotta love moral ambiguity) means that these antagonists almost always try to foil each others' plans.

The blending of mystery with urban fantasy is tangible and potent. Few can do it so well. This novel is great in that respect, because urban fantasy lovers can read it and get exposed to a little mystery they might otherwise ignore; mystery lovers likewise get some urban fantasy. Yet Butcher remembers the golden rule of genre writing: the genre is a setting, not a story. This book is not about faeries, or wizards, or magic, or solving a crime. It is an action adventure with motifs of temptation, redemption, suffering, and all that makes us human. It's a story, set in a world of faerie, magic, and crime. What's not to like? 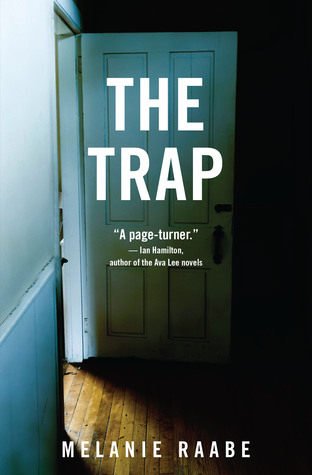