SHE RETURNS FROM WAR by Lee Collins ★★★★ | Kara.Reviews
Start End

Lee Collins has gone and done it, people. He has made me a fan of a Western-based series. I never thought I would see the day. But if I liked The Dead of Winter, then I guess I loved She Returns from War. This sequel is everything I wanted and nothing like what I expected; Collins manages to satisfy my appetite while simultaneously surprise and delight.

Whereas The Dead of Winter is a straightforward story about hunting monsters in the Wild West, She Returns from War is a subtler narrative of vengeance and power. Collins turns Cora Oglesby into a kind of sidekick and mentor figure to a new protagonist, Victoria Dawes. When the novel opened with Victoria and the accident in which her parents perish, I was a little confused and wondered when we would be returning to the United States and Cora. Gradually I warmed to the idea of Victoria as a hunter-in-training. She is in for a rude awakening on the frontier, of course, and Collins milks the fish-out-of-water subplot for all he can.

As a main character, Cora was one of the principal attractions of The Dead of Winter. She embodies what one often desires from strong female protagonists: she is smart, sensible, capable. She has emotions, a relationship that has a great deal of influence on her motivations, but she isn’t defined only by her relationship to male characters. She drinks and shoots and swears and is, in all these ways and more, most unladylike considering the performance of gender in her era. Collins replicates this Cora, as seen from an external perspective, in this book. To this mix he adds Victoria. She is a more conventional sort of lady, at least at first, though even from the beginning she demonstrates that she is far from a shallow flower. As the story unfolds, she shows off a core of tempered steel that allows her to adapt to the rougher ways of surviving on the frontier. She learns to drink and shoot (not so much the swearing).

Victoria goes in search for Cora because she needs someone to help her track down the Black Dog that caused the death of her parents. She hears that Cora will help her when others wouldn’t because of her gender. Cora has retired since the events of the first book, set up that "printing shop" she and Ben had always talked about, and now lives in luxurious decadence—such as one gets in the Wild West. She has no regrets about refusing the Call when it shows up in the form of Victoria—until Victoria is kidnapped by a Navajo witch and her vampire toyboy, who is claiming to be the Big Bad from book one. At first it seems like Cora’s demand that Victoria lead her to their hideout and help her take them down is just a sideshow prior to their return to England. Soon, though, it becomes apparent that this story is the plot of the novel.

As a I mentioned above, this book has more complex and personal themes for Victoria, Cora, and the antagonist Anaba than did the first one. Yet structurally it is much simpler, and I suspect that is one reason why I enjoyed it more. The Dead of Winter was packed full of vampires, werewolves, and wendigos. It had twists and turns aplenty. While this never became too much, it was a veritable feast compared to the light repast of She Returns from War. Sometimes, less is more. As Victoria and Cora play cat-and-mouse with Anaba in the desert, Collins has plenty of opportunities to explore the way in which losing the people closest to us alters our desires. All three of these women have lost loved ones, and all three are now using the powers that they have in order to demand a price from the world: Victoria wants revenge against the Black Dog; Cora uses her expertise and grit to retire and open a bar; Anaba’s inherited magic allows her to target white people, the group she views as responsible for her family’s destruction.

The title is quite apt. This is a story of women not recovering but reacting to experiences of profound loss in an active, empowering way. Collins sidesteps a lot of the more pedestrian hunter tropes—are all monsters truly monstrous and whatnot—to get at the more basic truth that the life of a supernatural hunter is dangerous and that people often die. Nothing demonstrates this with more finality than Cora’s own death, which is the twist analogous to the big reveal at the climax of The Dead of Winter. I admit that until the very end I was sure Cora would find a way to cheat death; Collins cruelly prolongs such faith for a few more pages by allowing her one last gasp before the end.

Just as shifting the principal perspective from Cora to Victoria was bound to upset some readers, I’m sure killing off Cora has met with frowns and consternation from many. It’s a gutsy move, killing off your protagonist, especially when the series is nominally in her name and she is such a unique, recognizable character. How to carry on? Well, Victoria’s journey is far from over: she still has to return to England and track down this Black Dog thing. I, for one, would like to read that adventure.

Don’t be fooled into thinking I dismiss Cora’s death lightly just because I remain sanguine about the future of the series. I’m not sure, were I in Collins’ place, that I would have done the same thing. It would have been nice to know Cora longer than the two books we’ve had with her. Then again, that’s the wonderful thing about literature: there is nothing to stop Collins from writing more stories set earlier in Cora’s career, perhaps when she and Ben were together and truly hunting as a couple. Unlike television, there is no need to worry about actors ageing or moving on to bigger, better roles. The potential for more Cora stories will always be there. Until then, Victoria has also emerged as an interesting character in her own right with a story of her own to explore and enjoy.

The Dead of Winter was a nice surprise that invited me to reconsider some of my habitual snobbery against the Western genre (albeit a Western genre with heavy fantasy elements). She Returns from War is nothing short of thunderous confirmation that Collins is a superbly skilled writer capable of executing clear, original ideas and characters. I’m really enamoured of this series now. Seldom have I been so pleased to be proved wrong about an opinion of a certain type of book or story—it just goes to show how important it is to read widely and read with an open mind. 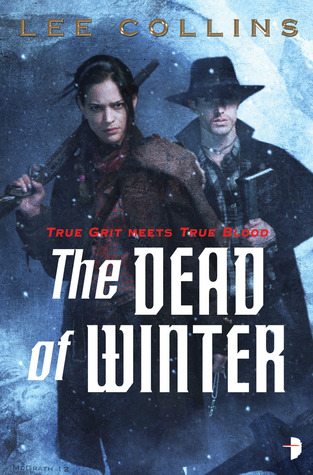 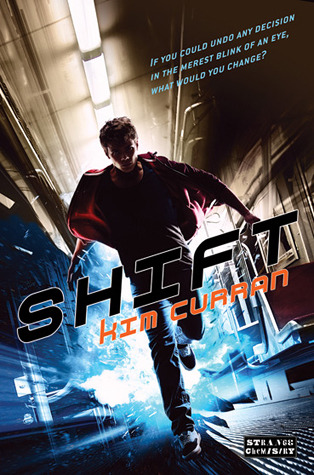