Cover-to-cover, Salt is lyrical, evocative prose, with an indigo but definitely not purple hue. Jeremy Page's writing drew me into the world of the salt marshes in Norfolk without so much as a backward glance to the rest of the world. He made me forget that the rest of the world even existed. The first part of the book briefly takes place during the Second World War, and aside from some references to other places, the book isn't about the war--it's about Norfolk. I have immense respect for books that are able to carve out a component of the world and create their own microcosm in which events unfold.

Page's characters, like his prose, are lively, real people with real personalities--often invective but sometimes charming. And this isn't a storybook, in which each character is a flat, stock representation of a moral absolute and the main character must navigate his or her way toward the happy ending. No, all of the characters at one time or another break your heart, even though you can faintly recall wanting to hug each of them at some point. Adrift in a North Sea of ambiguity, the main character has very difficult choices to make.

Salt begins as the tale of a marshwoman, Goose, and a German pilot who falls from the sky. It traces the life of her daughter, her daughter's marriage to a local Norfolk boy and subsequent child, eventually segueing into the trials of this child, Pip, who is the narrator of the story. Nothing in his life is easy, it seems, and each time he faces an obstacle, he runs away and seeks help from someone else, only to run away again.

That, if anything, seems to be the message behind Salt. I say "if anything" because this is a novel with a ponderous, pretentious pace. There's very little open dialogue, most of it rendered through the filter of the protagonist, who's also our narrator. Likewise, the action scenes aren't dynamic so much as descriptive. If you enjoy such a voice, you'll enjoy this book.

There is a strong sense of tradition and storytelling embedded in this book. Pip retells both his grandmother's story and the story of his mother's life, which was passed to him by oral tradition. Mostly mute for the portion of his life covered in this novel, Pip may be the first generation of his family to write these stories down; I got the sense that he placed great significance in this ritual. Page makes many references to literacy, writing, and communication in general, emphasizing how the regional dialect affects the pronunciation of certain phrases.

Salt is not an action-adventure, so don't look for such among its pages. It is a character piece through and through--how strong of a character piece is up to you. While I loved the scene descriptions and enjoyed most of the first half of the book, the ending was not as satisfying as I would have liked. Too many loose ends, not enough finality for me. The atmosphere of the entire ending, which consists of a hallucination-like experience, was also confusing--I had to read it a couple of times over.

While not mediocre, Salt is not exactly great, for the reasons I mentioned above. As such, while I can't condemn it for its flaws, it's hard to extol its virtues as well. 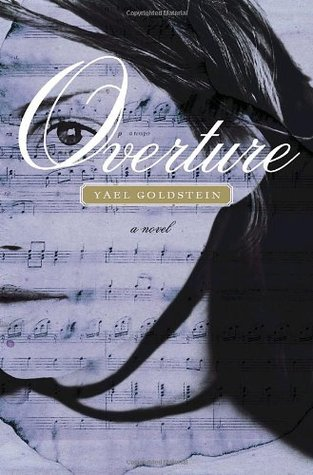