Speculation about the future is often a problem of calibration. It’s difficult to dial in our predictions. Sometimes we are too optimistic, too expansive, allowing our imaginations to run away with the plot. Sometimes we are too cynical, too cautious, and end up failing to see what was so obvious in hindsight. Whatever the mode of the day, however, as a species we remain pretty bad at predicting the future. Where’s my flying car?

Indeed, how often do we see the future coming? Yet we insist on prognosticating. No one is more obnoxious in this regard than the Singularity movement, which believes that we will eventually develop an artificial intelligence of high enough calibre that it will be able to begin improving itself exponentially. At that point, we can no longer predict the future in any meaningful way, because the AI will completely alter human existence. Or so the thinking goes.

As its name implies, Postsingular is Rudy Rucker’s attempt to peer beyond the veil of the Singularity. It’s not so much a straight-up meditation upon a possible postsingular society so much as a bizarre, metaphorical look at the implications of mastering quantum mechanics once and for all. This novel is weird. From the first chapter, with the antagonistic “nants” that threaten the Earth and humanity, Rucker establishes a vocabulary and atmosphere all his own. The next chapter brings in the “orphids”, nanomachines similar to but somewhat more benevolent than the nants. From there, Rucker draws the reader down an infinitely-long, ever narrowing rabbit hole.

The orphids blanket the world in a network of tiny quantum computers, connecting humanity like they’ve never been connected before. It’s fun to watch Rucker explore the implications of this development, from the destruction of privacy and traditional notions of economy and employment to the evolution of literature, entertainment, and reputation. One can watch anyone else by experiencing what the orphids on that person’s body are experiencing. It’s a creepy, voyeuristic consequence of using self-replicating machines to network the world.

It’s also worth noting that the creation of the orphidnet isn’t something initiated by governments or even any one organization. A company develops the orphids, but they get released by one man in a moment of rash optimism—and they change everything. In this respect, Rucker captures the often overlooked fact that critical change can come from the choices an individual makes. New technologies and services spring up from contributions of people who have very little power or influence in the more conventional sense—but because of their pervasive nature and usefulness, they hang on, grow, and soon become essential.

Postsingular runs into problems mostly because, despite all these fascinating ideas, its characters are thinner than the density of orphids in one square millimetre. From the laughably moustache-twirling Jeff Luty to the unsympathetic Ond Lundquist and the rather unimpressive Jayjay and Thuy, Rucker manages to create characters who have very little going for them. I wish I could say that I admired Thuy’s self-possession and determination—for she does possess them—but I was mostly annoyed by the way Rucker kept moving the goal post of the plot in a mistaken attempt at revelation. Foreshadowing was present but patchy at best.

I kept thinking I had figured out what was going on. But Postsingular runs into the problem that Charles Stross, another big name in the Singularity circle, has written about at some length (though I can’t quite find a link at the moment). Basically, when a writer extrapolates nanotechnology and mastery of quantum mechanics to the point where it is sufficiently advanced to be magic, they stop writing science fiction and have instead entered the realm of fantasy, albeit with futuristic trappings. Note that there is nothing wrong with this per se. But for addicts of so-called “hard” science fiction like myself, there is something so disappointing about being lured in by the promise of artificial intelligence only to discover a gooier, softer science fiction than one was expecting.

Postsingular is clever and creative and, yeah, quite original. Its writing isn’t great, though, and it suffers from an exhaustion of genre. Just as dystopia has oversaturated the young adult market, the Singularity’s shadow has dominated science fiction for some time now, nudging aside cyberpunk. Although the occasional writer can shine the occasional dim light on a new corner, most of what made the Singularity so fascinating and unique has already been explored (I just haven’t read it all yet!). I confess that I’m a little tapped out. And this book doesn’t do much to get me excited about our machine overlords again. 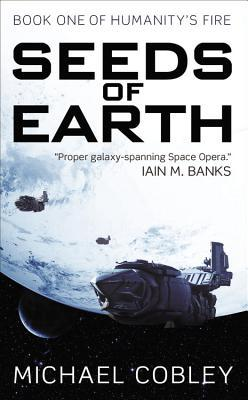