PICKING UP THE GHOST by Tone Milazzo ★★★ | Kara.Reviews
Start End

I wasn’t sure I would like Picking Up the Ghost before I started it. The back cover copy bills it as a coming-of-age story about a kid from an impoverished background learning more about himself and his absent father through magic and encounters with ghosts. None of that pushes my personal urban fantasy buttons. But I gave it a try, and it just goes to show why reading widely and keeping an open mind can be rewarding. Tone Milazzo presently surprises with a story that is both endearing and somewhat original in its emphasis and expression. It’s not a book about beating a bad guy or saving the world. It’s about learning who you are and having confidence in yourself rather than relying on others.

Cinque seizes an opportunity to find out more about his father when he receives a letter informing him of his father’s death. He hitches a ride from St Jude’s into Chicago (this in and of itself is ill-advised) to claim his father’s effects. As a fourteen-year-old black kid from a very poor city, part of him is hoping for money, and lots of it. Instead he gets an unopened letter from his mother and a book about the Black Arts. Coupled with strange dreams and seeing ghosts, this leads Cinque down a very dark rabbit hole indeed.

A spirit steals Cinque’s heart. As he tries to discover what to do about it, he meets an African guru by dreamwalking, a mysterious woman named Iru who oversees important moments of change, and a cynical ghost named Willy T. Cinque continually trusts and listens to these characters and others, and this proves to be a bad idea. For this is the primary lesson of Picking Up the Ghost: don’t trust people until they earn it. By far the majority of the bad mojo that visits Cinque is a result of him blindly following the lead of another character, simply because they are explaining something to him. Cinque takes their explanations on faith rather than being critical, and this gets him into progressively hotter and hotter water.

Eventually Cinque realizes his problem and starts fighting back. And this is where Picking Up the Ghost starts to shine: Cinque is a very empowered young adult protagonist. Though he makes a few shady deals with some spirits, on the whole his redemption is of his own making. He takes matters into his own hands, and instead of looking for an instruction book to help him get of trouble, he writes his own. The climax truly is a thrilling turning point, where Cinque begins to stand up against the threats that have, until that point, thoroughly trounced him.

The events leading up to that climax are a little confusing. Cinque goes through this whole trial in which he must discard his identity and become no one, nameless, in order to escape the antagonist. Before he can turn the tables, he must reclaim his identity. This is a powerful sequence, but Milazzo doesn’t invest it with the greatest clarity. I wish there had been more detail to explain exactly what was happening. This is one of the reasons I’m leery of books in this vein—they use some of the trappings of magical realism that I like the least, namely a taste for surreal descriptions that I have trouble reconciling with reality. Cinque isn’t really Cinque any more, but everyone tells him he is Cinque. He had a hook in his skull, but presumably there was no mark, no blood—so it was a magic hook of some kind. It’s all just very vague and dreamy and magicky (as opposed to magical).

Some of the other plot points could also have been integrated more organically. Without delving too deeply into the spoiler bag, the whole thing about Cinque being the seventh son of a seventh son comes out of nowhere. The antagonist lets it slip during a particularly nasty confrontation between the two of them, but aside from furnishing him with slightly more motivation for his relentless attack against Cinque, it doesn’t seem to have much bearing.

This are rough edges around an otherwise very enjoyable book. Picking Up the Ghost is a novel of confrontation and transformation. I’ve shelved it as young adult, because it would definitely appeal to young adults—but it is a very adult young-adult novel; it is dark, not in an explicit way but in a profound one. Cinque learns tough lessons and becomes stronger for it. In the end, his relationship with Eshu—the being claiming to be a god that helps Cinque in return for some favours—is never fully resolved, so there is a strong hint of a potential sequel. But with the main plot wrapped up, this is a thoroughly satisfying novel that can stand alone. 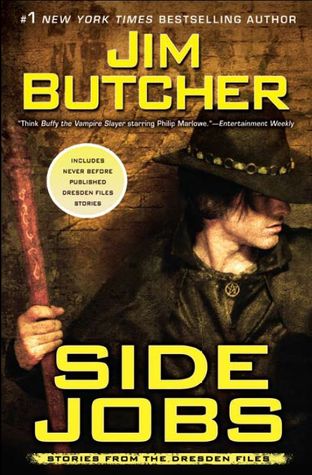