I’ve read a few of Anne Perry’s Charlotte and Thomas Pitt novels now, in no particular order. This is one of those mystery series, much like Lindsey Davis’ Falco series, where I’m content to dip in and out of the canon as I may. I’m fascinated by Victorian literature and life in Victorian England, and Perry has impressed me with her Victorian mysteries in the past. Midnight at Marble Arch is no exception. In this instalment of the series, Charlotte and Thomas go up against a serial rapist who uses his influential connections to escape justice. Not only do they have a complicated web of deceit to untangle, but they must confront the prejudices around rape that colour the case—prejudices, sadly, that have not necessarily diminished in 120 years.

I have to say, I wasn’t expecting something quite so dark and intense from this book. The cover copy revealed that the central crime would be a rape/murder; however, as Thomas and Charlotte investigate, they uncover more rape. Charlotte and then Thomas are incredulous; they had no idea rape was so common a phenomenon. Perry does an excellent job portraying the various attitudes towards rape and the victim-blaming that would be prevalent in a time when the idea of a young, unmarried woman being left alone with a young man would be most improper.

My favourite scene is probably when Charlotte visits a luncheon at someone else’s house. She is with a few other women, and they discuss current affairs, as acquaintances might do. The failed Jameson Raid of 1895 is on everyone’s minds; Jameson himself stands trial, and the women’s husbands have various business interests in South Africa that are threatened by the botched raid. Their discussion takes the form of veiled debate with layers of enforced politeness, and I love how Perry captures the colonial attitudes that everyone carried to some degree. It’s fun watching Charlotte advance a relatively enlightened position while the others take issue with her refusal to unwaveringly support British interests. The the subject once again turns to the rape of Catherine Quixwood and the death of young Angeles Castelbranco, who was also raped, and we see how even the women engage in victim blaming. Perry pulls no punches as she shows the social stigma surrounding rape.

So I found myself getting viscerally upset and angry at this book. It’s not anything Perry does. It’s more because all of these attitudes are ones that still exist to some degree, and, amazingly, still have cachet in mainstream society. We have definitely gotten better and investigating and prosecuting rape, but we are nowhere near good enough. Too many rapes still go unreported, and rape culture still remains a disturbing norm. It really puts things into perspective when I hear people spouting arguments that sound more appropriate coming from someone at the end of the nineteenth century, not the beginning of the twenty-first.

As far as the mystery goes, Midnight at Marble Arch is more of a Victor Narraway than a Charlotte and Thomas Pitt mystery. Narraway, at the widower Quixwood’s request, looks into the case further, bringing Thomas in when he needs some additional assistance. The case is connected to Pitt’s official duties in the Special Branch in the slimmest of manners.

I need my mystery novels to have a certain elegance of structure to them, which this one lacks. The protagonists spend too much time dithering and discussing theories without much gathering of fact. They reiterate and retread the same scenarios, same discussions about rape, several times. When Pitt finally went out to Bryanston Mews to do some digging of his own, I was overjoyed. When Narraway interviewed other characters, I was intrigued.

I suppose the courtroom scenes towards the end were supposed to be dramatic, but I found them a little melodramatic and contrived. Similarly, the resolution of the mystery was extremely rushed—and then the book just ends. No wrap-up, no explanation. We learn who did it, and Pitt and Narraway confronts the perpetrator, and that’s it.

Midnight at Marble Arch is a sadly uneven novel. Perry has a lot of high concepts that she expresses well. However, the crucial component is the mystery, which does not fare as well. I find myself liking the book for reasons that have nothing to do with it being a mystery—and that’s OK. But I suspect that for longtime fans and for people who approach this wanting another strong mystery, Midnight at Marble Arch will be more disappointing than delightful. 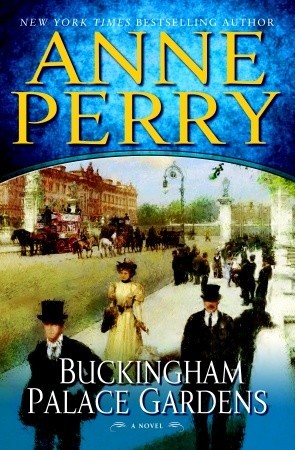