This is the first book in the series since Kushiel's Dart that I would really classify as romance. There have been romantic subplots in the interim, but nothing like the romance between Phèdre and Joscelin from the first book. Jacqueline Carey is trying to rebottle that lightning in Kushiel's Justice. It doesn't quite work, but there are some good secondary effects that, in the end, make this book better than Kushiel's Scion.

It's your classic love triangle: Imriel loves Sidonie, who loves him back. But Imriel is the son of a traitor, so it would not do for their affair to become public. Also, Imriel has bartered himself away to marry a Cruithne woman, Dorelei, and beget heirs to the Alban throne. Got that? Good.

The dilemma, then, is whether Imriel remains in Alba with Dorelei or leaves—with or without impregnating her—and tries to make things work with Sidonie in Terre d'Ange. To further complicate matters, an ancient Alban tribe has placed a curse on Imriel, because they have visions that predict his son by Dorelei will bring a D'Angeline army to Alba and conquer. That doesn't put Imriel in a good mood.

The outcome isn't (or shouldn't be) surprising. After all, it's Sidonie on the cover, not Dorelei, so true love has to win in the end. I have to admit, I did not foresee Dorelei's death—which goes to show how little romance I read—but it's certainly an expedient way of reducing the love triangle to a love line. With Dorelei dead, Imriel is a widower, and he can absolve himself of any guilt over the matter by avenging her death. He cashes in on this future absolution a bit early when he reunites with Sidonie: at every meeting, they tend to have intense and passionate sex. This does put Imriel in a good mood.

Let's review: after his pregnant wife is killed, one of the first things on his list, above even "getting better" from his own wounds, is to have sex with the woman he was thinking about ever since he got married. Excuses and rationalizations abound: he just can't help himself, they fit so well together, Dorelei would have wanted him to be happy … but it just feels cold. I was really invested in the emotional significance of Dorelei and Imriel's relationship: she was a good woman, and he was beginning to envision a life for himself that, if not passionate, was at least contenting. By resuming his affair with Sidonie so quickly, Imriel does nothing but remind me that Dorelei's only purpose was to be an obstacle between him and his princess. It cheapens, for me, Dorelei as a person, and does nothing to further my enjoyment of Imriel and Sidonie's happiness (which I did enjoy).

I'm being glib here, and to be fair, Imriel does spend a large proportion of this book moping about one thing or another. Before Dorelei's death, he moped about Sidonie and the Alban curse subplot. After Dorelei's death, he moped about Sidonie and how he failed Dorelei. And the rest of the book following his brief reunion with Sidonie is devoted to his quest for revenge. So don't get the impression that his marriage to Dorelei is a brief episode that then gets shunted aside. (Dorelei suffers from this fate.)

I could almost overlook these flaws, because Kushiel's Justice finally sees a return to Alba. Of all the alterna-Europe countries in Carey's world, Alba is the most fascinating. Thanks to the Master of the Straits, it remains isolated after the fall of the Roman—sorry, Tiberian—Empire. So no Angles, Saxons, or Jutes get to invade. It's a very different Alba from the invasion-prone British Isles we grow up learning about.

But Carey squanders this opportunity with the curse. The Maghuin Dhonn are the worst antagonists we've yet to encounter in this series. They are worse, by far, than the Unseen Guild, although the two groups share a predilection for shadowy manipulation. And do not get me started about Morwen. She and Berlik partake of the most tired and clichéd excuses for their actions: they had no choice, they saw what they saw, they would do it differently if they had seen another way. I hate fatalistic villains who believe they're carrying some sort of burden placed upon them by the future. They're so smug in a self-righteous way, their voices tinged with a haughty sort of sadness over the protagonist's inability to see their side of the story. All too often, as is the case here, such fatalism is just a smokescreen to disguise a lack of deeper characterization. The Maghuin Dhonn are a pitiful excuse for a plot device to set up Dorelei's death, which itself is a plot device to reunite Sidonie and Imriel and let him get his vengeance on.

Judging from all this vitriol, it seems unlikely that I could prefer Kushiel's Justice to Imriel's first adventure. Yet, perhaps paradoxically, this still emerges the better book. Its pacing is much better, and even if the plot is a tangled, mangled mess of illogical intrigue, it still has better characterization. Prior to her death, Dorelei went from unknown princess bride to a sweet, caring wife determined to make the best of her political marriage. Imriel doesn't deserve her. And if Carey surprised me with anything in this book, she did so with Maslin de Lombelon. I was really expecting Maslin to be an irrational foe of Imriel's long after he and Sidonie get together. Sure enough, he vehemently objects to Imriel's association with her at every turn—then he shows up and helps Imriel effect an escape from Vralia! Carey keeps it realistic, and Maslin honestly tells Imriel that he will always hate Imriel a bit—but they aren't enemies any more. That was a very interesting and unexpected development; I wonder of the extent to which Maslin will be an ally when Imriel and Sidonie resolve the political ramifications of their relationship in the next book.

I am looking forward to finishing this trilogy. If you desire a blanket statement, then look to those people who pronounce the first trilogy superior to this one. They are correct. There are plenty of things to enjoy about Imriel's trilogy, especially in Kushiel's Justice. But the plot is just so heavy-handed, forcing the characters, particularly the antagonists, to act out of expediency instead of natural motivations. This is a book that talks the talk but doesn't walk the walk, at least not when it comes to conflict. The romantic subplot, if that's more your area of interest, is slightly better, although it doesn't capitalize on the depth Carey is perfectly capable of putting into her characters. Kushiel's Justice is OK, maybe even good, but it seems blatantly obvious that it could have been so much better. 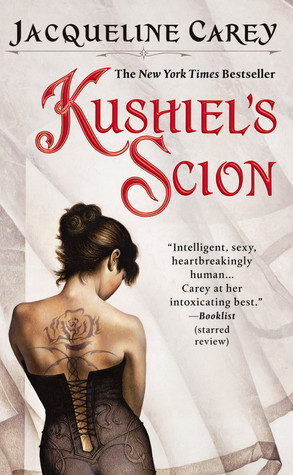 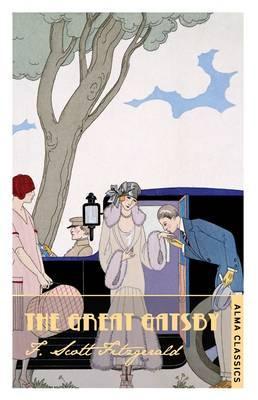