Journey into Space frustrates me. I didn’t like it very much. Its characterization is fractured and shallow. It is brief where it should be verbose, tarries when it should be moving on. About the only thing it has going for it is the fact that it takes place on a generation ship. This is where the frustration sets in, because as much as I didn’t enjoy this book, I can appreciate how Litt depicts some of the pitfalls of a generation ship. He uses it as an effective device for illustrating the ability for a group of humans to enter catastrophic failure mode. It’s kind of depressing.

This slim novel follows three generations aboard the ship. August and Celeste are cousins born in flight. Like everyone else in their generation, they have never walked on a planet. All they know is the kilometre-long Armenia, the ship they call home. Unlike others in their generation, however, August and Celeste have taken the obsession with life on Earth to a new level. They’ve invented a game where they mutually construct a planet, roughly modelled after New England, using only words. Its a hypnotic, addictive process made all the more powerful by Litt’s careful attention to the descriptions. I’ve had to teach descriptive writing to some students as part of their coursework requirements, and I would have loved to quote some pages from this book to show how it can be done. Litt goes on, literally for pages, as he builds a picture of a scene where the only thing happening is weather. No people, no intelligence. Just weather.

August and Celeste don’t settle for weather, though. They end up having sex, having a baby, and there are complications as a result of their consanguinity. The second part of Journey into Space follows the first few years of baby Orphan’s childhood, letting us see how the small ship (and the people back on Earth) react to news of August and Celeste’s incest and try to punish the two accordingly. As the book goes on, Orphan becomes a singularity, a presence that simultaneously destabilizes yet unites the crew as it faces numerous setbacks. Ultimately, the crew aboard this ship engages in an atavistic retreat into sex, religion, and nihilism in an attempt to combat the oppressive sense of loneliness and futility that has taken over their mission.

On one level, the regression of humanity modelled in the crew of the Armenia is sickly fascinating. It’s a kind of cautionary tale: despite our hubris and technology, we are not all that advanced. It’s also a reminder that we are fragile, as a species. We depend on the Earth to keep us alive—space travel is a difficult, all but untenable endeavour with an ambiguous endgame, if any. Generation ships are perhaps a practical but not realistic method of surmounting the obstacles to interstellar travel. The major challenge of generation ships, according to Journey into Space, is that you can take the human out of the planet, but you can’t take the planet out of the human. It all begins when August and Celeste become obssessed with describing Earth, and I can’t really blame them.

It’s an interesting tangent to the nature-versus-nurture discussion. One can certainly socialize a human being to become accustomed to a particular environment. My life in Canada, or now in the UK, is very different from someone who lives in Ecuador or rural China. Transposed, I would be very hard-pressed to feel like my situation is “normal”. So, to some extent, one’s nurturing influences one’s ability to operate in a particular environment. Nevertheless, it seems like our versatility exists within a range of parameters, and that range is pre-programmed for “planet”. Kilometre-long ships just don’t cut it.

Litt makes some good stabs at the issues inherent in generation ships. Likewise, his exploration of failure modes of humanity is often fascinating. There is a certain satisfaction to watching the descent into madness. But his characters are little more than veneers over stock types—and he makes no secret of this. This is curious.

I hate showing off my genre snobbery, but Journey into Space reads like a literary fiction author intruding into science fiction. Litt grasps the generation ship motif as an effective setting for his tale. Genre fiction, particularly science fiction, often suffers complaints that its characters are thin and mostly stock, there only for the author to abuse as they explore the concept du jour. Literary fiction authors know better, of course; they are all about character. These conventional stereotypes would expect Litt to produce a deep, intense novel about a generation ship with multiple, detailed character sketches across all three generations. We get the opposite.

There is certainly something to be said for beautiful prose and memorable description. However, beautiful prose alone does not suffice for me. I also need characters who can make the story come alive. Three almost does this in the last act, with her incredible patience in learning how to make paper and ink. But it’s not quite enough. Journey into Space is a technically accomplished, well-written novel, but it isn’t all that satisfying as a story. 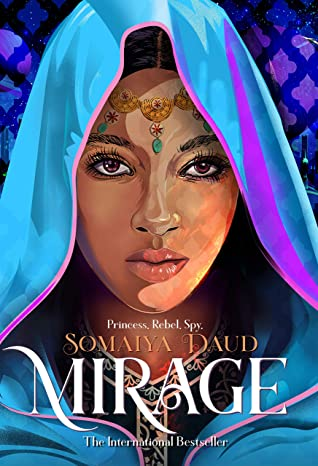