How useful is an angel when you trap its soul in Hell, cut the wings off its body, then stuff the soul in a giant mechanical simulacrum of an angel? We find out in Iron Angel, the sequel to Scar Night.

There was a brief period of time at the beginning of Iron Angel where it looked likely to eclipse Scar Night, perhaps even earn four stars. As I continued reading, both those possibilities became less and less likely. Scar Night has much that this book does not: a fascinating setting, an interesting antagonist, and a suspenseful story. By dint of Alan Campbell's writing, Iron Angel manages to scrape by with two stars.

What redeems much of Scar Night is its fascinating setting, the suspended city of Deepgate. Combined with the eponymous ritual enacted by Carnival, this at time created an atmosphere of suspense and perhaps even dread. Deepgate has this alien but vaguely familiar nature; I picture some sort of dark, overrun Victorian London hanging above a massive pit. For a series entitled "the Deepgate Codex," however, it seems like we're destined to spend little time in Deepgate from now on—Iron Angel takes us to the other side of the world!

Campbell fails to create a new setting worthy of Deepgate's legacy, and without such a place to tether the narrative, the book quickly becomes unwieldy. Hell almost serves this purpose, and Campbell's attempts to portray that transformation of souls into walls, floors, doorways, weapons, etc., was a little creepy (in a good way). But Iron Angel doesn't come close to providing any replacement for Deepgate. The characters are always in motion, always trying to get somewhere, and the book fails to convince me that they're going to accomplish anything in their journey.

I had reservations about the protagonists of Scar Night, and Campbell does nothing to mollify me in its sequel. Dill and Rachel are still useless at doing anything they try to do. It's actually amazing to watch. Combine this with the mess of antagonists in the book, and the story becomes what I'm going to call "frustratingly unfocused."

So we have the "gods," who at some point were cast out of Heaven, which is now sealed away. Dead people go to the Maze/Hell and as food for the Mesmerists, who are led by King Menoa. The exception would be Deepgaters, who mostly got fed to Ulcis; their souls now reside in the blood of Carnival (but that's only tangential to the story at this point). I give credit for Campbell's attempts to inject moral ambiguity: not only is King Menoa evil, but the gods are nearly as bad:

"If his creatures win, mankind faces the same oblivion Ayen sought to bestow upon us."

"And if you win," Cospinol said, "mankind faces slavery."

The talking head there is Rys, who's younger than his brother god Cospinol but a much bigger jerk. So both the gods and the demons are out to get humanity! Lovely.

This presents a problem, however, because it raises the question: for whom should we cheer? Clearly neither Menoa nor Rys will be gracious victors, although the book seems determined to steer us into Rys' (or at least Cospinol's) camp. Who has humanity's back? Rachel and Dill? They're incompetent at everything, even at just trying to run away from the conflict! If these two are our only hope, then I say just throw in the towel now, because humanity's done.

Rachel tries very hard, and for this Campbell punishes her by ignoring her for the middle part of the book. We follow her from Sandport to Deepgate and then to Cospinol's ship; after that we completely ignore her until she reunites with Dill during the novel's climax.

Dill, on the other hand, is about as opaque as coal that's been dunked in black paint. We get a very limited sense of how he's dealing with being pulled out of Hell only to get sent back to Hell, this time while his corporeal body gets possessed (and Rachel lifts not a finger to help exorcise Dill's body, I might add). For all that Dill arrives in Hell inhabiting a room that is his soul, I still have no idea what's going on in his head. He just seems eternally bewildered and/or determined, as if he has a switch and those are his only two states of being. He doesn't so much make his own decisions as do what others tell him to do (Rachel has the same problem, but at least she volunteers before she's ordered, so she makes it look like it's her choice).

So there's all this pressure on the protagonists, and they just aren't up to the job. Campbell has created this wonderfully messy conflict, but it's all dressed up with no one to resolve it. I don't care if Rachel and Dill do wind up saving the day in God of Clocks—right now, as it stands, they are not believable saviours. Fantasy, by its nature, gets a wider leeway when it comes to suspension of disbelief. Hence, when you start having problems with believability, you need to step back and rethink things.

That's the bottom line on Iron Angel. It feels more like a first draft than a finished draft, and I wish it weren't the finished draft. There's a sliver of potential here. And Alan Campbell is, for the most part, a good writer. I quite enjoyed his description of Hell, of Cospinol's airship, and his portrayal of John Anchor. It's these small things that earn Iron Angel another star, so I'll grudgingly give it two, and I have a feeling I'll ask my friend to loan me the final book, if only so I can confirm my hope that it doesn't get any better. You might disagree, and that's fine; for me, however, Iron Angel doesn't pass muster. 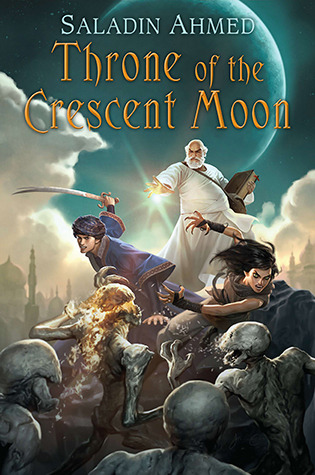 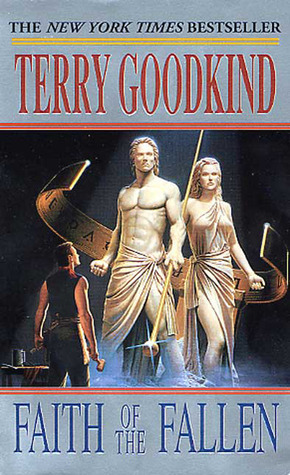