I make no secret of the fact that I think George Eliot is a literary badass, and Felix Holt: The Radical is just the latest example of these well-deserved credentials. This is essentially a political and legal thriller set in 1832 England on the cusp of the passage of the First Reform Act. (Among other things, the Reform Acts of the 1800s redefined the electoral districts for the English Parliament and expanded the franchise ever so slightly.) The sleepy English town of Treby finds itself the centre of political action during the latest election campaign. Harold Transome returns home after fifteen years abroad and decides to run as the Radical candidate, much to the surprise of his Tory family. Meanwhile, in typical Eliot fashion, the Felix Holt doesn’t show up for the first fifty pages of his own book! Despite Transome and Holt’s self-declared Radicalism, the two butt heads, and soon it’s obvious neither really embodies the label they’ve chosen. Meanwhile, a dastardly lawyer plots possible revenge against Transome, and it all hinges on the question of paternity and inheritance of a preacher’s daughter.

You hooked yet? Because I know that the language in novels like this can be an obstacle to enjoying them. Eliot is a fan of lengthy sentences and even longer paragraphs. Her description belabours points until they become entire discourses; her dialogue is more of a series of speeches fired back and forth like broadside salvos. With this style, however, comes a consummate ability to draw out the most intricate descriptions of human foibles and fragility. We see this quite early in Eliot’s portrayal of the ageing Mrs Transome, and later when we delve into Esther’s motivations for obsessing over the strange and somewhat offensive Mr Holt. Unlike modern thrillers, which tend to sacrifice depth of character for depth of field in the action, Felix Holt is a character-driven thriller in which Eliot asks how our upbringing, gender, and political convictions influence the choices we make and how far we will go to get what we want.

First, we have Harold Transome. He comes back home after living in “the East” (mostly Smyrna), where he had a wife (who since died) and a kid (whom he mostly ignores, in that great fashion of the English gentility). Like many a man convinced of his competence, he essentially swoops down on Transome Court like the North Wind: we’re doing things the Harold Transome way, and if you don’t like it, then tough. He engages the Transomes’ lawyer, Jermyn, as his election agent even while plotting to remove Jermyn at the most convenient opportunity. He ignores his mother and the tough time she’s been having of keeping up the estate—but that’s mostly because Transome ignores women in general, finding the weaker sex useless for everything except stroking his ego and likely stroking … well … you know what I mean.

Transome runs as the Radical candidate for this district. I never completely understood why he was going for Parliament, except perhaps because he felt it was the prestigious thing to do. He certainly never evokes a sense of statesmanship. Although he good-naturedly (and naively) attempts to put a stop to the rabble-rousing activities Jermyn’s minion engages in on Transome’s behalf, Transome does not in and of himself spend much time espousing Radical views. His political allegiance seems more a reaction against the stagnant Toryism of the countryside than any conviction that England needs to change.

I guess the most redeeming thing we can say about Transome is that he’s not a total dick. When he learns that Esther has legal claim to Transome Court, his first reaction is not to conceal the news but actually tell her and then kind-of-sort-of attempt to court her in the hopes he can keep the estate this way. (Now, the cynical would point out he’s just pre-empting the uncomfortable disclosure from Jermyn, and he obviously talks himself into loving Esther instead of harbouring true feelings for her. And there is something to that. But Transome is not a villain so much as an opportunistic upper–middle-class businessman; granted, the distinction between these two labels is not always clear.)

Whereas Transome considers himself a “man of the world” in a quite literal sense and almost condescends to bring himself down to the worker’s level, Felix Holt is quite proud of his poverty. He looks down on the rich, in a moral sense. Like Transome, he identifies as a Radical but doesn’t necessarily embody that philosophy: he in fact discourages workers from getting it into their heads that they need to vote to effect political change. Holt wants everyone to behave nicely in the hopes that this will persuade the people in charge to be nicer in return. In her “Address to the Working Man” included as an appendix to this edition, Eliot writes in Holt’s voice and explains that expanding the franchise to uneducated workers would be a bad idea right now, because it would encourage a kind of ignorant populism that would pull the country down.

And so Felix Holt is fascinating, because it is not actually a very radical novel. At the time Eliot was writing it, of course, those in favour of Reform were seen as quite radical people (and then you had the unions, and later, the people advocating for secret ballots). But if anything, this novel shows that Eliot is herself calling only for gradual change. She doesn’t want workers to have the right to vote until they also have the education she feels is necessary for them to vote “properly.” I find this paradox fascinating, because in some ways she has hit on the crucial point: franchise is no good if the people enfranchised have little knowledge on which to base a decision. Simply guaranteeing everyone over 18 the right to vote is not enough, then; we are obligated to provide civic education—and in this respect, I don’t think our present government does nearly enough….

So Holt, then, is the “common man” who nevertheless acts as a voice of caution. He is continually trying to apply the brakes, as seen in his foolish and ill-fated attempt to curb the rioting on election day. It sometimes seems like Eliot focuses less on him than on any other main character. Nevertheless, his role as titular character is deserved more because he ties all the other characters together. He interacts with everyone else, subtly shaping the nature of the conversation. It is the not-quite-love-triangle among Holt, Esther, and Transome that precipitates the novel’s conclusion.

In Esther we see Eliot wrestle with ideas of femininity, education of women, and the duties that children have for their parents. I’ve always lauded the way Eliot’s writing has a feminist tone for the Victorian period in which she lived; and, by all accounts, Mary Ann Evans was a pretty spectacular woman. Nevertheless, Esther demonstrates some of the limits of Eliot’s endorsement of “women’s liberation.” On one hand, Eliot mocks those women around Treby who look down on Esther for being “over-educated” for a preacher’s daughter and for putting on airs. On the other, she uses Felix as a foil for Esther’s ego and high opinion of herself: after a single meeting, Esther becomes desperate to prove to Felix at every turn that she can be humble and be open to being lead by a man (i.e., him) in matters of substance. Eliot places Esther in a role complementary to the men in her life: she must support and aid her ageing father; be led by the man she chooses as a husband; and nurture the children in her charge, whether it’s as a mother or a teacher. In this respect, while Eliot is quick to call out the double standards that adversely affect women’s quality of life, she is not quite ready to tear down conventional gender roles.

Felix Holt culminates in an election, a riot, a trial, and shenanigans over estate ownership. It all ends in tears, and then a wedding, and finally a happily-ever-after, for most involved. The winds of change are evident throughout the novel, but the ending seems to assure us that all will go on as it largely was before: the rich will be rich, the poor will be poor, and there will be Tories and Whigs and the occasional Radical doing whatever it is men of means do in Parliament while your average worker drinks and works the mines. This is not, therefore, that radical of a book. But Eliot manages to deliver an amazing story full of intrigue, backstabbing, characters who are all out for themselves.

I picked an excellent time to read this as well. And I don’t just mean because Thanksgiving Saturday was unseasonably pleasant and I could read this outside while listening to the new Florence + the Machine album. No, I mean that in Canada we’re a week away from a federal election. The campaigning in this book reminded me of the lengthy campaigning happening here. Eliot’s coverage of the Reform Act is a potent reminder that we are lucky we have the right to vote—and by we, I don’t just mean land-owning white men. While I completely understand why some people are discouraged by our political system and don’t believe their vote will “count,” I’m still disappointed when someone I know shrugs off the idea that they should vote. It is a duty, and it is not one we should take for granted considering that some of us have had it for less than a century. And it’s certainly in the interests of the people in power to keep you from voting, particularly if you are young, or poor, or from a minority group and interested in expressing your opinions.

This might sound trite, but one of the most radical things you can do as a Canadian on October 19 is vote. Go do it.

And then go read Felix Holt. It’s far from my favourite Eliot novel, but it shows the beginnings of all the skill and ability with character and setting that makes her one of my favourite authors. Eliot manages to convey a sense of entirety, that microcosm of the human experience: she is not overly cynical or overly optimistic; she simply shows what is—and what might be. 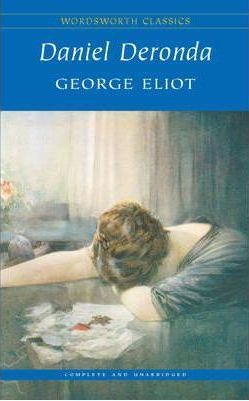