A blend of semi-hard, semi-sweet science fiction with historical fiction, Eifelheim comes across as intelligent yet smug. Michael Flynn concocts a "perfect storm" of coincidences, particularly for the two present-day main characters, to carry his narrative. While every story will rely on coincidence in some fashion or another, Eifelheim's plot resembles a meticulously constructed house of cards built in the windiest location on Earth (a quick Google search turns up no consensus on this point).

The present-day chapters are tiresome, their characters flat and largely uninteresting. Flynn hints at relationship strife between Tom and Sharon when Tom begins spending more time with a librarian, Judy, who joins him on a quest to research the mysterious disappearance of Eifelheim. However, there's no resolution to what I considered a very interesting aspect of the plot. In the epilogue, Tom and Judy visit the site of Eifelheim, with only a passing mention that Sharon is "busy" elsewhere. Both characters seemed too self-absorbed to ever have entered this relationship in the first place--not that we would know about that, since Flynn provides scant details on their pasts.

In contrast, the historical setting of Eifelheim (then known as Oberhochwald) and its protagonist, Pastor Dietrich, are at least more complex. The conflict over Oberhochwalds unexpected extraterrestrial tenants becomes tense and heated toward the end, as the Black Death descends upon the village. Dietrich's fondness for logic and dialectic invoked fond reminders of The Name of the Rose!

Both the contemporary and the historical segments share a common flaw: the entire book is too didactic for my tastes. Now, the aforementioned The Name of the Rose was also didactic. It, however, was carried by a truly interesting mystery. The "mystery" of Eifelheim is mysterious only for the dullest reader. As such, all we're left to observe is the book's smugness as coincidences converge upon Dietrich in Oberhochwald and Tom and Sharon in the present.

Flynn's treatment of science fiction is supposedly "hard", but its edges are kind of squishy. I don't begrudge him the squishiness. He attempts to mate physics with medieval natural philosophy--it's an interesting comparison undercut by the weakness in the story and its characters. Those interested in logic and medieval philosophy are better off reading The Name of the Rose. Arthur C. Clarke has a treasury of short stories, and some of them include pre-20th century first contact, if I remember correctly. In short, Eifelheim is far from a terrible book, but there are many other books that do more justice to its themes. 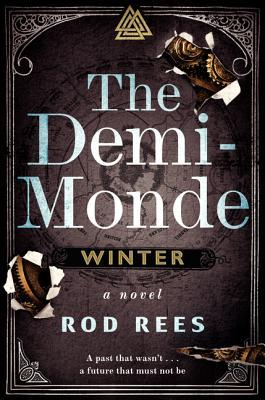