I'm discovering that it's almost impossible to review a Dresden Files book without resorting to spoilers. So many awesome things happen that trying to discuss the book without mentioning them would be a severe handicap to any review. Death Masks is no different in that respect. After Summer Knight put the fate of the world on Harry's shoulders, Death Masks returns to the personal conflicts that embodied the first three books of the series. Once again, Harry's life is on the line—as are the lives of his loved ones—and he's forced to make many choices that he might even live to regret.

Right, so enough with the generalities. Here come the spoilers.

Susan's back! Even as Harry prepares to face off in a duel against Duke Paolo Ortega, a Red Court vampire, Susan waltzes into town ostensibly to "gather her things" before disappearing back to South America forever. Her appearance mitigates the dearth of Murphy in this book. She makes a couple of appearances, but they're far from the chlorofiend-chainsawing Valkyrie we saw in Summer Knight. I have a soft spot for Murphy that Susan can't quite fill, but Susan does make an able female sidekick for Harry (in more ways than one!).

Also making a reappearance after a lengthy absence is Gentleman Johnnie Marcone. We learn what his big secret is—after he helps Harry take on a Fallen Denarian, of course—in a twist that, as Harry puts it, means we can no longer hate him. Which is important, because even though he's a crook, Marcone is still human. He isn't a monster, and although he's not an upstanding citizen, he's an example of what makes humans different from monsters. Monsters do bad things because that's what they do; it's their nature, and they can't help but be monstrous. Humans, on the other hand, choose to do bad things. They usually have reasons for those choices—and like Marcone, they can often be very precious reasons.

Harry knows all about making choices. In Storm Front, he chooses to take the high road even when it alienates him from Murphy and casts suspicion on him in the eyes of the Warden Morgan. In Fool Moon, the lure of the hexenwulf talisman is almost too much for him to bear. In Grave Peril, of course, he chooses to save Susan at the cost of war between the White Council and the Red Court. And in Summer Knight, Harry refuses the mantle of the Winter Knight.

But now Harry is faced with the temptation of the Denarians. In return for picking up a coin and letting a Fallen angel in, the human host gets near-immortality and immense power. As many characters observe throughout Death Masks, Harry casts himself as the hero because he doesn't trust himself to stay away from black magic. By putting himself in danger and forcing himself to do the "right thing," Harry ensures he stays on the straight and narrow. So while the Harry we know wouldn't be tempted by a Blackened Denarius, there is a Harry who would. Alas, because Jim Butcher loves to make life complicated for Harry Dresden, a throwaway scene at the end of the book makes it clear that Harry will have Denarian problems for a long time to come.

The Denarians are, of course, an interesting paradox. Are they monsters or are they humans? The Knights of the Cross exist to offer them salvation, even those who collaborate willingly with their Fallen angel pals. Harry doesn't think collaborators deserve salvation, much less survival. The former see the Denarian hosts as victims, sinners led astray; Harry sees them both the Fallen angel and the human host as a monster.

Therein lies the question: what does it mean to be human? Everyone has a different answer. In a world seemingly non-supernatural, we can't even decide who qualifies as human (much to my chagrin), so imagine the quandaries in fantasy worlds like the Dresdenverse.

Take the Archive, for instance. On one hand, she is the embodiment of all human knowledge. Demonstrating that knowledge is power, the Archive takes out several vampires in record time. Oh, did I mention she's a seven-year-old girl? That's the other hand: for all her knowledge and the responsibilities that accompany it, the Archive occasionally acts the age of the body she inhabits. She exhibits a fondness for Harry's cat, Mister. She likes cookies and believes children should have a strict bedtime.

And then Harry goes and gives her a name. It seems like a typical, offhand Dresden whim. But to me, it's the most important scene in the book. With a single action, Harry humanizes the Archive into Ivy. I'm not suggesting this was an intentional act either. Rather, it's just second nature for Harry to treat humans like humans, regardless of how much magic they're packing. As long as Harry retains this innate respect for life, he won't be like Ortega, and he will be a good guy, and he will be our hero. 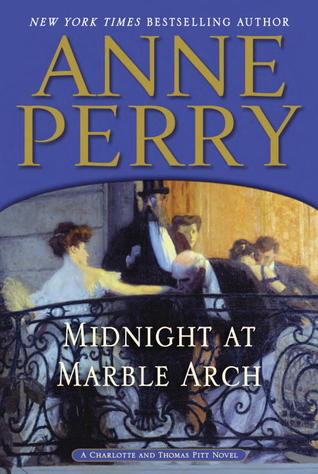