Ever since the first Binti novella came out, I’ve been hearing all about it. I jumped at this collection when I saw it at the bookstore, then, because I find it difficult to grab hold of novellas otherwise. I don’t care if Tor.com pushes them on me for free sometimes: I need it in my hands or on my device or else I just … read other things. And I’m glad I read Binti and its startling, heartbreaking, daring vision of a future in which an African girl aspires to learn and grow beyond the village life she knows.

Binti is Himba, an ethnic group in a future Africa in a world parched by climate change. The Himba coexist in uneasy tension with the more dominant Khoush people, who had previously been at war with an alien species known as the Meduse. When Binti leaves home as the first Himba student admitted to the famous off-world Oomza University, she inadvertently winds up in the middle of an interstellar conflict. Her actions propel her into a role of increasing significance and danger, even as her experiences unmake and remake her into someone she never anticipated she could become.

Nnedi Okorafor herself gives a brief TED Talk explaining Afrofuturism, including an excerpt from the beginning of Binti. I encourage you to check it out, as I’m definitely not qualified to dive deeper into the question of what Afrofuturism is. All I can do is share my perspective and interpretation of what I saw in Binti.

The story here captivated me from the very beginning. Okorafor wastes no time throwing Binti her first challenge. Her interactions with the Meduse remind me somewhat of the ooloi from Butler’s Lilith’s Brood. There’s something so incredibly uncomfortable about swapping DNA in such a way (I suppose this is probably speciesist of me). Indeed, one of my favourite things about this series is the way in which Okorafor consistently challenges us to consider what Otherness means in the context of science fiction. The species Binti encounters are often non-humanoid. Even the humans she meets are extremely different, coming as they do from various cultures. The [Desert People] are particularly fascinating with their use of an alien biotech communications net.

None of those would matter, though, were it not for Binti herself. This is very much, as the titles imply, her story. She is crucial not because of some special talent she has (despite her abilities as a harmonizer) but for an openness, a willingness that others might lack. She has the technological aptitude of the Himba yet lacks the conservative streak of her people. As her story progresses, she acquires different and new artifacts of the various cultures she encounters. She is an envoy, yet an envoy of whom or indeed what is the question. While I found the arc of Binti’s story, up to and including the twist at the end, very predictable, that didn’t make it less enjoyable. Okorafor executes it flawlessly, building up Binti into a character who regrets everything and nothing, whose choices have led her to precisely where she needs to be, even if it isn’t where she wants to be.

I also love that Okorafor feels no need to explain how we got to here from where humanity is right now. There are some general allusions to the past, of course, but beyond that, we don’t have a clear sense of how far into the future it is, or indeed, what life is like elsewhere on Earth. We can try to read between the lines—that the Khoush and Meduse could be involved in a war while other parts of Earth aren’t seem to imply a fractured government, or a planet otherwise uninterested in contact with other species. Ultimately, though, none of this is important. None of it matters compared to Binti’s story and the lives that intersect hers.

One of the most interesting, most thought-provoking ideas in this story is that individual actions might resonate throughout history, yet always they only matter to a point. Consider how Oomza University’s administration reacts, first to Binti and the Meduse, then later to the story that Binti and friends tell of what happened in Binti’s homeland. In both cases, the administration doesn’t seem all that shaken by the loss of life, for instance. It recognizes that these are constants in our existence, and that there is only so much any one person can do to alter such events. This is an effective foil to Binti’s idealistic burden that she is responsible for igniting hostilities and also somehow capable of resolving them.

I could go on. I could discuss how Binti explores the conflict between wanting to be something more and wanting to respect and honour your family and people’s traditions. I could praise Okorafor’s descriptions and depictions of technology: living ships, nanites, mathematical fugue states. This isn’t hard or soft SF; it’s a truly delicious, squishiest sandwich or smorgasbord of SF tropes, and it works so very well.

Binti is an example of the glorious storytelling that you can let into your life if you reach out and look for science fiction that isn’t part of the classic white, male canon. Women and people of colour have always been writing badass SF stories. Okorafor is yet another member of both these groups demonstrating the value of diverse storytelling and the ways in which it can truly blow your mind. 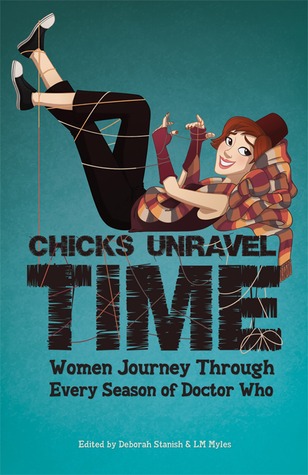 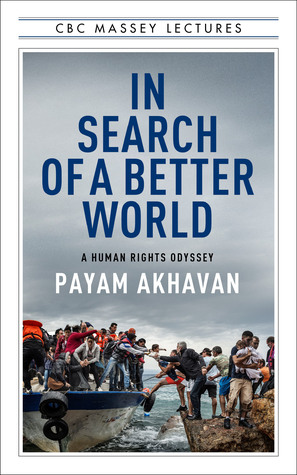