You have to watch out for those robots. Never know when they might develop thoughts of their own. Or sexual orientations, kinks, and an understanding of the way humans misunderstand them.

Autonomous plumbs the depths of humanity through split narration. Annalee Newitz follows a very human, and very flawed, anti-patent crusader and a pair of patent-enforcement agents, one of whom is a self-aware robot just starting out. As the two stories unfold, so too does Newitz’s vision of a 22nd-century Earth altered by economic upheavals, global warming and climate change, and AI evolutions. The powerhouse blurb from Neal Stephenson on the front of my edition—“Autonomous is to biotech and AI what Neuromancer was to the internet”—is as intriguing as it is exciting (not to mention the vague but squee-worthy blurb from Gibson himself on the back!). More on that later.

I picked this book up in the hopes it would get me out of a two-book slump, and I wasn’t disappointed. Newitz’s narration is crisp and clear. I love how she paints the picture of a very different society without descending too far into extraneous exposition. The nature of her ideas has a strong Doctorowish quality to them, but she eschews Doctorow’s tendency towards overly-didactic hypothetical conversations (this is not a criticism of Doctorow, mind you, but there is a time and place, Cory). Autonomous is a short book, but it feels like a lot happens and it covers a lot of ground. I love that.

Our initial protagonist is Jack (Judith) Chen. Once an ambitious grad student, she realized in her younger days that her path lay outside academia. After a protest leads to a stint of jail time, Jack disappears, resurfacing as an anti-patent pirate who reverse-engineers drugs so she can sell them to people who can get them in the hands of those who can’t afford the pharma versions. Jack is a high-tech biohacking Robin Hood, in essence, though she is no saint. I quite enjoy how Newitz unfolds Jack’s backstory through flashback throughout the novel, revealing enough to interest us and provide insight into her character without distracting us from the main thrust of Jack’s plot.

Soon we meet the flip side of the coin. Eliasz and Paladin are enforcement agents who have jurisdiction to go after people infringing upon patents (among other things). One is an experienced Polish man and the other is a military-grade robot with a dead person’s brain in her carapace that is basically just for facial recognition processing. As they begin working together, they also develop a close personal relationship. Eliasz expresses an attraction towards Paladin that is mixed up with his misinterpretations of Paladin’s gender. (Paladin nominally uses he for the first part of the book, then switches to she mid-way through, for reasons I’m not going to get into here, which is why I’m using she/her throughout my review.) This allows Newitz to comment on some interesting ideas around sexuality, gender, and embodiment. Although she never goes as deep, perhaps, as I’d enjoy, there are some nuggets in there worth exploring.

These two plots take a long time to dovetail, but the parallelism is entertaining in and of itself. Newitz is exploring issues of identity and autonomy (surprising, I know) from different sides. Jack nominally has so much autonomy, being essentially a free spirit and a free agent, yet she is constrained by resources, by having to keep out of reach of law enforcement, and by the ghosts of her past. Paladin, in her capacity as an IPC agent, has more resources and, essentially, a license to kill, yet she lacks true autonomy—her very memories are accessible to IPC botadmins, stored as they are in the cloud. On a wider level, mostly in the background and occasionally intersecting with the main plot, we glimpse a society that allows human indenture, sells enfranchisement and citizenship packages, and has basically rethought what it means to be a participatory member of our society.

As a result, Autonomous ponders what power we will have and the form our social capital will take if we enter a world where governments are fading-to-nonexistent and corporations vie with economic coalitions for control over the fabric of our society. This is the type of science fiction I love, and I appreciate how Newitz tries to walk the fine line between gushing and speculating and extrapolating like the sci-fi–loving nerd she is and dangling just enough tantalizing ideas in front of the reader to get us gushing and speculating and extrapolating about it. This is the novel’s strength: it offloads much of the cognitive load onto the reader but does so in a way that is neither demanding nor disappointing.

I want to return to that Stephenson blurb. Taken at face-value—which is, I’m sure, how the marketing department would like you to take it—this is quite a coup, this comparison between Autonomous and Neuromancer, arguably one of the touchstones of cyberpunk. Yet let’s step back for a moment and consider another interpretation: Stephenson says this book is “to biotech and AI what Neuromancer was to the internet”. If you’ve read Neuromancer, you know that its depiction of cyberspace is nothing like what we ended up with online. Gibson’s novel was prophetic in some ways, certainly, but it was highly limited to a very 1980s vision of what a networked society could be. The elapsed decades have since demonstrated marked divergence with Gibsonian cyberspace.

And so, Stephenson is doubly correct here. Autonomous, like Neuromancer, presents a breathtaking look at how the relatively new fields of biohacking and autonomous AI might work in the future. At the same time, it is a prophetic look constrained by the current situation of our early twenty-first century. I have no doubt that we’ll look back at Autonomous 30 years from now and see that our society has already diverged a great deal from what Newitz shows us here.

This is not a criticism—it would be odd to ding an author for not being able to predict the future, unless, of course, they are claiming some kind of psychic ability. Rather, it’s a reflection upon and reminder of how our perceptions of science fiction change over time. The people who read Neuromancer when it came out had a very different reaction to me reading it as a 19-year-old in 2009 who pretty much matured on our own version of cyberspace. Similarly, I’d be very interested in what future readers think of Autonomous as technology like 3D-printing, self-driving cars, and organically-grown limb replacements becomes more ubiquitous.

Newitz’s debut novel provides me with a great mixture of story, food for thought, and characters. There are times when I think she could have done more. And I’m ambivalent about Eliasz and Paladin’s ending—part of me thinks it is corny and trite, and the other part thinks it’s kind of sweet, and an innovative twist on an old trope. I’d be interested in hearing others’ thoughts on this. On the whole, though, Autonomous is definitely worth picking up if this is the kind of fiction you’re into. 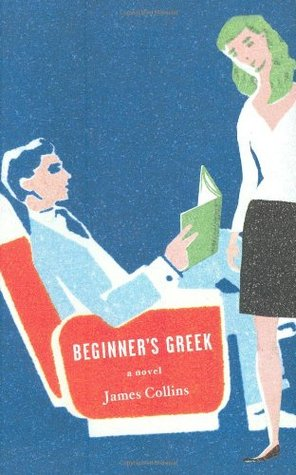