The Revelation reminds me of the beginning of that final seven-episode story arc of Deep Space Nine. And I was not ready.

I was not ready for so much to change.

In a very Marco-centric book, Marco’s dad find himself inadvertently working on a Yeerk-controlled project to build a better zero-space communicator. The Animorphs narrowly manage to extract Marco’s dad before the Yeerks make him into a controller. Meanwhile, Visser One—the slug living inside Marco’s mom—is about to be executed. It’s time for Visser Three to step up, take control, and turn up this invasion of Earth to eleven. So the Animorphs mount a daring rescue mission, and it all goes to hell.

This series has taken us to some dark places, but The Revelation has no chill. It’s Megamorphs-level action.

First, the scene where Marco confronts his dad with the truth. So much role reversal here: the kid having to be the mature one, giving his dad the Speech, telling his dad what to do and how to react so they can just survive. And then that moment where we see Marco’s vulnerability and remember that, deep down beneath these war scars, he is still just a kid. He didn’t ask for or deserve this role:

“But that doesn’t make it right.”

“Dad, nothing is right anymore.”

Ugggggggh just kill me now I can’t take it.

And then Marco has to fake his own death!

My eye caught a photo tacked to the cork board over my father's worktable. It was a snapshot of me and Dad, taken by Mom on a sun-drenched day several years ago.

I was dead. And this was the end … of school, of dates, of video games. Of everything normal.

The kid in that photo had prepared his last frozen pizza dinner. Had gone to his last math class. Had seen his last movie at the Cineplex. That kid would never even hang out in his own backyard again. Because this wasn't his home anymore. He had no home.

He'd made the necessary sacrifice.

I could take the photo with me. It was small enough to fit in the beak of the osprey I would morph to fly away.

I took two steps toward the cork board, then stopped.

I had my memories.

They would have to be enough.

And then that moment near the end, when Marco essentially lies to his father to make him feel better about not going after Nora….

This is a harsh book. It’s so harsh, especially on Marco. Maybe not physically, the way Tobias was tortured recently. But this book is as emotionally traumatic as it gets … and I know that we’re only just entering the final arc!

My one criticism of The Revelation is simply that, for what feels like the second or third book in a row, we’ve had a book where the other Animorphs don’t get much page-time. The action very closely follows the narrator, who is often solo. It reminds me of when TV series save money by shooting a bunch of episodes in a block, with each one featuring a single main character doing their own thing. These books have their purpose, and it doesn’t necessarily detract from the story, but it is nice to see the Animorphs working together on problems instead of at a distance.

The Revelation ends on a hell of a cliffhanger: the Animorphs place a very long-distance call. The Andalties pick up … but will this be Earth’s salvation? Or its doom? Tune in … next time. 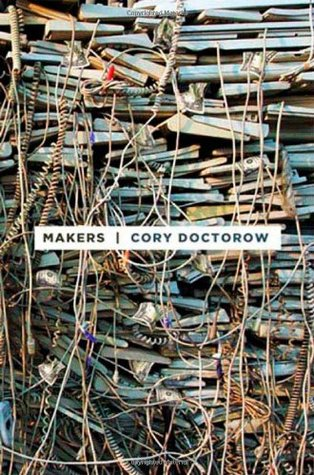