THE OTHER by K.A. Applegate ★★ | Kara.Reviews
Start End

The Other reminds us how far the Animorphs have come from being the naive kids they were at the start of the book. Gone are the days of insufficient plans. Enter the world of automatic suspicions, backups, dissembling and disguise. The Animorphs are tried-and-true insurgents now. And Marco, joker that he is, might be the most strategically-minded of them all.

There are other Andalites on Earth. (Again.)

They don’t want to fight the Yeerks. Mertil is disabled, a vecol as Ax so dismissively refers to him, despite his status as a renowned fighter pilot. The other, Gafinil, has pledged to protect Mertil. But Visser Three has other plans, and after the Animorphs discover Gafinil and Mertil’s presence on Earth, they also get involved. The result is messy for everyone. But since the book is narrated from Marco’s point of view, the story isn’t so much about the Animorphs dealing with two Andalite refugees so much as it is Marco processing how much has changed since he became an Animorph.

I found this book surprisingly low-key, in terms of action and threat level, considering the plot. Yes, there is a battle at the climax, but that doesn’t seem like the main focus at that point. Similarly, the new morph in this one is underwhelming—Applegate’s ghostwriter does a good job ruminating upon what life might be like as a bee, and the situation contrived to require a bee morph is as good as any.

Rather than delivering pulse-pounding action, then, The Other asks us to focus on Marco and his psychology. Much of the story takes place with Marco on his own, or with a single Animorph as backup. (I love the part where Rachel basically corners him and forces him to take her with him on an independently-devised reconnaissance mission.) These twosomes are a nice way to see how Marco interacts one-on-one rather than as part of the whole group, where he usually ends up functioning as Jake’s supporter or as the blackly comic relief to Rachel’s bloodlust and Cassie’s ambivalence. Marco in a group is funny; Marco on his own or with a partner is … focused. Determined. He finds his mission and he sticks to it.

This book also takes some time to look at attitudes towards disability. Ax displays a visceral aversion to interacting with the disabled Mertil, because that’s how Andalite society encourages people to act. Marco doesn’t think much of this attitude and serves to model a more inclusive and tolerant mode of behaviour (although he does use the term “differently abled”, which was in vogue back in the 1990s, I guess, but I’ve learned it’s generally better to say “disabled” unless the person in question specifically likes the former label). Still, the use of Mertil as a pawn in the Visser’s latest Saturday morning cartoon villain scheme belies the disability education agenda here—there are a lot more interesting ways to introduce and use a disabled character in a children’s and young adult book; this approach is both heavy-handed and rather unimpressive.

Much like my friend Julie, the gay-coding of Gafinil and Mertil’s “friendship” because an openly-gay relationship probably wouldn’t be allowed by Scholastic at the time is … interesting … in hindsight. Like, it’s not at all subtle to my 27-year-old eyes in 2017, though I’m sure as a kid I didn’t pick up on anything at all.

I also concur wholeheartedly with Julie’s last line, wherein she observes that “the status quo is left the same as before”. In some ways this hearkens back to an earlier Animorphs era, where episodic stories occasionally advanced the arc but more frequently had our character confronting their individual issues with their morphing capabilities. Recent books have me accustomed to subplots moving the arc forward.

Then again, the last Megamorphs adventure is next, and we get more temporal shenanigans. 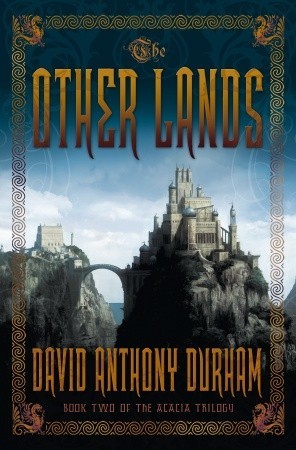 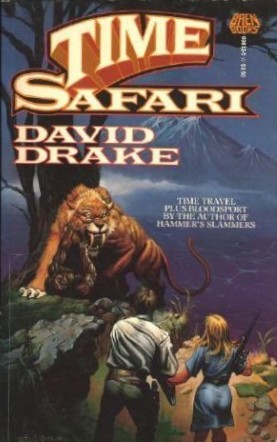 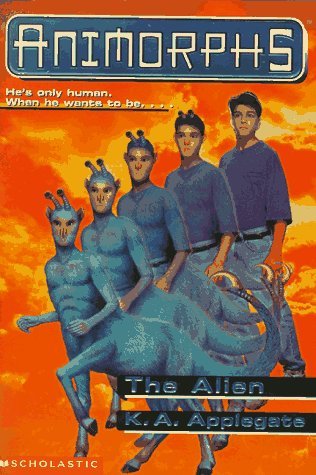 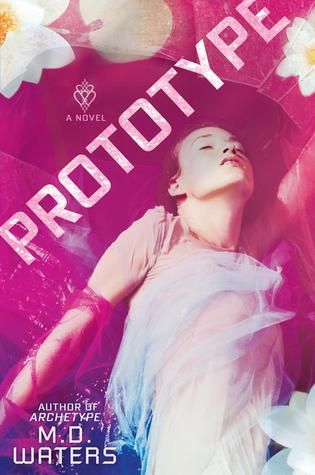