One of the most important parts of designing a magic system, or a set of superpowers, or anything that allows characters to defy the ordinary laws and assumptions of our universe, is deciding what the costs will be. You can’t get something for nothing, and if you break the rules, you have to pay a price. For the Animorphs, it’s a two-hour time limit. If you stay in a morph longer, you’re stuck there. No backsies.

The Animorphs run up against this in The Encounter. Our narrator this time is Tobias, who fell victim to the two-hour rule back in the first book. He is now stuck as a red-tailed hawk—an ordinary hawk, no morphing, nothing special except the mind of a human and the ability to telepathically communicate. So he’s got that going for him. But his entire life has changed, and he’s still reeling.

Tobias is a foil to the other four in so many ways. Setting aside his newfound place in the taxonomy, even as a human Tobias was different. He wasn’t Jake and Marco’s “friend” so much as a hanger-on whom the other two tolerated because they are nice guys. Tobias lacked the kind of stable family situation the other Animorphs mostly have; he gets shuttled betwixt an aunt and an uncle who don’t have time for him. So he was already the outsider of the group before he become a hawk.

Tobias is also unique in having stuck around long enough at the construction site to hear Elfangor’s dying words and receive a little more intel on the Yeerks. He doesn’t talk much about that experience in this book. If I recall correctly, however, Tobias eventually discovers much more inner strength and comes to play a very important role, especially once Ax comes on the scene—Ax and Tobias understand each other, as outsiders do.

Stuck as a hawk now, Tobias is a living warning to the other Animorphs about the dangerous side of morphing. Applegate spares nothing as she describes Tobias’ attempts to adapt to his new life—but not adapt too much. See, that’s the problem: it would be so easy for Tobias to give in, let the hawk take over, hunt and kill and live that life. He is trying to hold on to his humanity, and this entire book is him confronting the possibility that it is inexorably slipping out of his grasp.

The ways in which the other Animorphs react to Tobias’ condition and try to help him say a lot about their archetypes. Jake, the leader, makes a home for Tobias in his attic, and brings Tobias human food stolen under the nose of his family. Marco, as the most reluctant Animorph so far, seems the most disturbed by Tobias. He hides behind humour, of course, but sometimes it is shrill to the point of cutting. Rachel and Cassie try to be compassionate and caring—but I think that Cassie, since she works with animals so much, has trouble separating Tobias the person from Tobias the animal.

It’s Rachel who offers Tobias the most unconditional link back to humanity. He returns to her repeatedly, and she’s the one who reminds him why he is still human, despite being a hawk:

Clichéd? Maybe. Maybe not for a young adult series. Regardless, this is why I love Rachel. She takes Tobias for what he is: a human in a hawk body, someone in both worlds. She accepts it unconditionally, uncritically, and is ready to support him. She backs him up—even when he has crazy plans, like freeing a caged red-tailed hawk.

Sorry, I know this is a Tobias book. But Rachel is just awesome.

Anyway, The Encounter features the Animorphs’ first true action against the Yeerks. Infiltrating the Kandrona pool in The Invasion was kind of an accident, and in The Visitor they were always only gathering intel. This is the first time they agree to do something to strike back against the Yeerks, hopefully exposing them to the rest of the world.

And it goes horribly wrong, almost from the first step.

Once again, Applegate is not pulling punches here. We have to watch Tobias listen to Rachel saying goodbye because they are trapped aboard this Yeerk ship. No, scratch that—Rachel quite blatantly asks Tobias to somehow bring the ship down so that they will die before they are discovered and tortured or enslaved.

That’s a lot of responsibility to put on one bird’s shoulders.

It’s also a very dark thing to have a kid consider: we don’t want to be taken alive.

True, a last-minute flash of insight—human insight—allows Tobias to save the day. You didn’t really think the four other Animorphs were going to die in book 3, did you? But it remains one of the more sobering moments in a series that, three books in, actually has quite a few sobering moments. From broken families to black ops gone awry, Animorphs balances a blend of reality and fantasy that somehow results in great stories.

Next review, I’ll spend some time speculating about the Andalite morphing technology. And, oh yes, how Animorphs would work as a period drama. 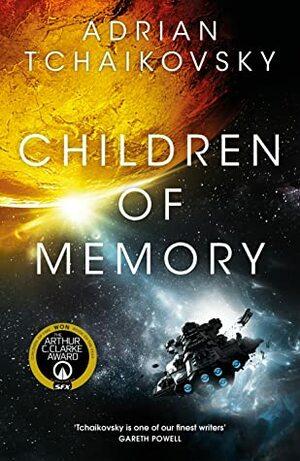