A STUDY IN CHARLOTTE by Brittany Cavallaro ★★★★ | Kara.Reviews
Start End

Sherlock Holmes was, unsurprisingly, my jam when I was a kid. I preferred Poirot, even then (just something about Christie’s writing or the Belgian detective’s emphasis on his “little grey cells”), but Sherlock was cool too. I love reading stories that try to put a new spin on the Conan Doyle adventures, whether it’s transposing them to the 22nd century, hiring Ian McKellen to play a dementia-ridden Holmes, or gender-swapping Holmes and sending her to a Connecticut boarding school! A Study in Charlotte is the latest in a fine tradition of these types of stories, and Brittany Cavallaro demonstrates her Baker Street chops while also providing a fine mystery to unravel.

Jamie Watson moves back to the States from London on a rugby scholarship, ending up at the same school as Charlotte Holmes. The two are descendants of the original Watson and Holmes, respectively—this is a world where these two are real people, and Conan Doyle was just Watson’s literary agent. Anyway, they make tentative steps towards friendship, only for the process to be drastically accelerated by murther. Worse still, the murtherer is framing Holmes and Watson! So without police support and working against the clock, the two of them need to figure out who would do such a thing. But Holmes is, like her ancestor, slightly damaged goods, and Watson has his own issues to sort through.

At first, I was worried this book would try to hew too closely to Holmesian tropes or stories, especially when it seemed like the murderer was trying to replicate elements of Sherlock’s original adventures. Fortunately, Cavallaro soon moves beyond such simple homages. She creates a much richer world, one in which Charlotte and Jamie are their own distinct people beyond the traits they might have inherited from their ancestors. If anything, Jamie feels much more fleshed out and three dimensional than the original James Watson, who was always a bit of a stock everyman narrator to provide a little distance from Holmes. I like how Cavallaro works in things like Holmes’ super-competent brother (Milo rather than Mycroft), with whom there is always a bit of rivalry but also a lot of sibling support. Same goes for the Moriarty connection. Basically, if you’ve read a few of the Sherlock Holmes adventures or consumed any related spin-offs, there’s enough in here to make you smile without making you feel like you’re drowning.

The actual story is also first-rate. Cavallaro seems to telegraph the identity of the murderer fairly early on (at least in my reckoning), yet the actual solution is much more complex. I like that Holmes and Watson don’t “team up” with the police from the start—I was nervous, at first, about the whole kid-detective vibe, which Cavallaro even lampshades with the detective’s jibe about “Encyclopedia Brown” (ugh). Holmes and Watson read as very mature for 16/17-year-olds, and I really like that. You can tell they are very young yet on the cusp of adulthood, not always making the decisions an older adult would make but also maybe taking a few more risks. Although Sherlock and Watson meet in medical school, most of their adventures take place when they are older, and it’s very interesting to see Cavallaro translate that dynamic into a slightly younger phase of life!

The frequent references to having to “manage” or “take care of” a Holmes as a Watson are also delightful in a post-modern way. I know these aren’t necessarily original and often come up in other adaptations. Nevertheless, Cavallaro hands it deftly, with wit and also empathy. I like that Jamie has to deliberate about how to trust Charlotte—and that moment where he finally decides he has reached the limits of that trust is so telling and so dramatic!

What really makes A Study in Charlotte stand out, though, is that if you strip away all these allusions, it’s still a good mystery novel. That’s what Cavallaro should really get props for. Anyone can write a Holmesian story. Many people can write a good mystery novel. To combine the two, with a YA twist and a 21st-century transposition—that’s real skill. And for the mystery not to lean so heavily on the Holmesian elements is really impressive. You don’t have to be familiar with Sherlock Holmes; you can read this story with zero knowledge of those elements and still have a great time. 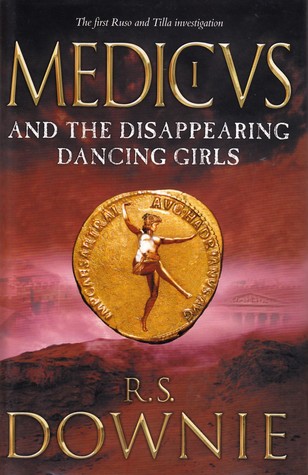