N.B.: When it comes to spoilers, I'm going to be talking rather liberally about the events of A Game of Thrones, so if you have not read the first book and want to remain spoiler free, stop reading now. I have avoided major spoilers for this book.

Suddenly everyone and his butler wants to be king!

In A Game of Thrones, we had the distinct pleasure of watching a kingdom fall apart as various individuals and their families jockeyed for positions of power. With A Clash of Kings, George R.R. Martin moves beyond the ambitions of individuals to show how FUBAR the situation in Westeros has become. In the first book, there was a sense of impending doom, but there was also the hope that it could be averted if certain people only worked together. Perhaps the death of King Robert could have been prevented, perhaps Ned Stark's life could have been saved, or perhaps Renly and Stannis would not have faced off against each other, both surviving Baratheon brothers claiming the throne for themselves. As A Clash of Kings opens, it's clear we are beyond the point where peace is an option. The scales have tipped firmly in favour of war, war, war, and it just gets messier.

Tyrion is, hands down (no pun intended), the best part of this book. He arrives in King's Landing to assume the post of Hand at his father's behest. He professes love for Cersei and Joffrey and loyalty to the Lannisters, but he has his own unique way of showing it, and Tyrion often works at cross-purposes to Cersei. He does terrible things, arranges for people to die or be sent to prison, and of course he's fighting for the Lannisters, so it's not like we want him to succeed—but there are times when I just couldn't help myself. Tyrion is just such a delicious, devious character that I can't help liking him even though he does terrible things for the Lannister cause.

Furthermore, Tyrion's machinations as the Hand are the most coherent of the political intrigue running throughout A Clash of Kings. He knows what the endgame has to be: either Stannis or Renly or both are going to attack King's Landing, which is woefully under-defended. All of his efforts go toward securing the city. Yet he has more to worry about than the external threats. King's Landing is suffering through a famine that he has no way of relieving, and it doesn't help that Joffrey is a tyrannical brat who prefers to watch people fight to the death and beat back rioters with a crossbow to, you know, actually helping the people he nominally rules. Tyrion also has qualms about the extent to which he relies upon Varys, the realm's eunuch spymaster with creepy-good intelligence-gathering skills. Finally, Cersei has her own schemes afoot, and Tyrion finds himself constantly countering or co-opting them for his own purposes.

Cersei comes across as much more emotional than she did in A Game of Thrones. Now she's an overprotective mother, and she is desperate to free her brother/lover from the clutches of the Starks. This, in my opinion, makes her a much less formidable enemy and therefore a much less interesting character. Nevertheless, her attempts to protect Joffrey are an important influence on his stunted emotional maturity: he can never hope to become a man, much less a real king, if his mother is always trying to keep him safe.

There's plenty of parallelism here if you want to look for it, because there is another king who has a somewhat protective mother as well. Robb Stark's retainers proclaimed him "King in the North," and now he is doing his best to live up to that title. Catelyn finds herself disquieted by the changes in her son. She wants to give him counsel, but unlike Cersei, she is aware of how that would undermine Robb. Even though she was one of the more bloodthirsty characters in the first book, wanting to hold Tyrion responsible for the attack on Bran and bring all the Lannisters to justice, Catelyn is the voice of reason throughout A Clash of Kings. She pushes Robb to send terms for peace back to King's Landing, and she serves as Robb's envoy to Renly.

So thanks to Catelyn and Ned, Robb grew up to be a mature, responsible, upstanding young man who is well on his way to becoming a great leader. Thanks to Cersei and Robert, Joffrey is a snivelling, immature, misogynistic brat. There is a lesson here about parenting, and about the values we pass on to our children. Because for all its vast and epic drama, A Song of Ice and Fire is also a story about family: family loyalty and family rivalry. It's the cohesion of all these elements, and Martin's wonderful job of balancing them, that makes this series so successful; A Clash of Kings is no exception in that regard.

In comparison to its predecessor, however, there are faults that make this book the less impressive of the two. Mainly, I didn't like any of Daenerys' story in A Clash of Kings. She spends the entire book leading her Dothraki diaspora east, eventually arriving in prosperous Qarth, where she has some dealings with a merchant and a warlock. Whereas we saw Daenerys grow from a young girl serving as her brother's pawn into a powerful, confident queen and leader in A Game of Thrones, this book has no corresponding developments. Her dragons grow larger, and we hear all about how she has no ships and no army. Frankly, it's a little depressing. Although I don't relish the consequences if Daenerys' achieves her dreams of invading Westeros, I still, as I do with Tyrion, want her to succeed; she's just such a compelling character. It's a shame she is wasted here.

Similarly, Bran Stark and his younger brother Rickon have a difficult time. Bran is slowly waking to the idea that magic is real and he is psychically connected to his direwolf, Summer. Of course, Maester Luwin is sceptical about magic and attempts to dissuade Bran from putting stock in any such nonsense. We can't discuss Bran without talking about Theon Greyjoy, and this is something I think worked well. Theon's story feels almost like a separate novella woven into the rest of the book, and it's a very tragic story. In his expanded role, Theon is a foolish and ambitious young man who would be king. He returns to his father only to find himself softened by his adolescence among the Starks; he is no longer an Ironman, and everyone can tell (except maybe Theon). Also, he sucks as a strategist, and almost every decision he makes later contributes to his ruination. Theon is a character with doom hanging over him for the entire book, and it's a little bit terrible that I get so much satisfaction from seeing him laid low. Nevertheless, the consequences of his bid for power are far-reaching, especially for Winterfell and the Starks.

A Clash of Kings lacks the novelty that is part of the appeal of A Game of Thrones, and Martin attempts to compensate by increasing the depth of the intrigue and the gruesomeness of the tragedy that befalls the characters. Arya, in particular, has a very interesting time posing first as a boy on the way to the Wall and then later as a serving girl for a lord allied with the Starks. I loved her tenuous alliance with Jaqen H'ghar; she saves his life and those of two other criminals bound for the Night's Watch when she could have let them perish in a fire. So he grants her three "deaths" (kind of like wishes). Remember that Arya is only nine, maybe ten, and here she is with the power of life or death over three people. This is a surreal and serious situation, and it was one of my favourite subplots in the book. (I also like the revelation of Jaqen's "real" identity, which is subtly done but obvious enough if you read closely.)

Arya's sister, Sansa, doesn't have an easy time being a hostage and betrothed to King Joffrey. She experiences Joffrey's fits of pique firsthand, and it reinforces the disillusionment that begun to seize her at the end of A Game of Thrones. Sansa, who until now has inhabited a semi-fantasy world where knights are chivalrous heroes, gets a very rude awakening. And she fast starts maturing into a much more self-aware character. She doesn't have the same skill for dissembling and deception that seems to come so naturally to other characters, but she is definitely far from the innocent, starstruck young girl we met in the first book.

With the HBO series based on the first book now being broadcast, I couldn't help but read A Clash of Kings with an eye for how it will appear on television. If anything, this just made me more excited about the book, because there are some really great scenes I can't wait to see. Still, if my review seems scattered, I hope it's not too presumptuous to suggest that's due, in part, to the scattered nature of this book. A Clash of Kings is a little messy—to good effect—and it carries the burden of the story begun in A Game of Thrones as well as can be expected. There's plenty I didn't discuss here because I just want this to be a casual review, not a in-depth analysis, and even that hope seems rather vain at this point! I guess if I'm supposed to be addressing the question of whether you would care to read this book, the easy answer is: yes, if you liked A Game of Thrones. If you didn't, then A Clash of Kings is not suddenly going to endear you to A Song of Ice and Fire. If you did, then I won't guarantee you are going to fall in love with this book, but I found it a solid successor. 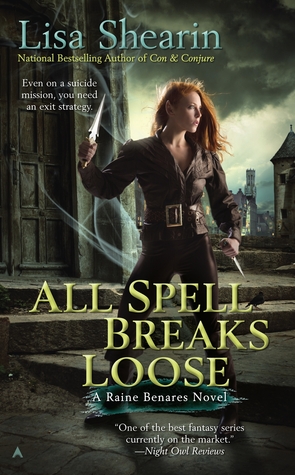 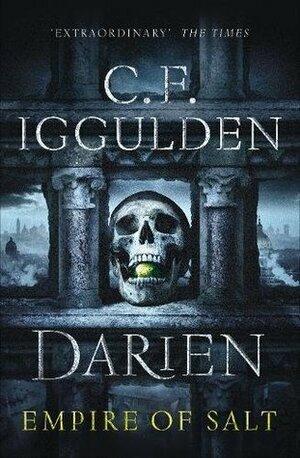